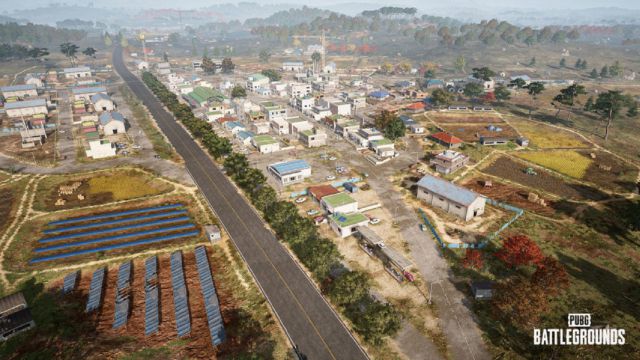 PUBG is updated with news that increases its catalog of maps. Taego arrives as a new playable zone along with exclusive mechanics, such as the gulag. PUBG advances in its offer of playable areas. The popular battle royale welcomes Taego, a new 8×8 map that brings important new features to the game mechanics. The company introduces the self-defibrillator and the BR return, exclusive when playing on it. Everything comes as part of update 12.2, now available.

This is Taego, the new PUBG map

“Originally PUBG maps were 8 × 8 in size, and we are proud to present a new 8 × 8 map with update 12.2! Unlike current 8 × 8 maps, this one contains different terrains and villages that enhance the gaming experience, ”the study explains in the patch notes. During the games, observe the fauna of the scene, who will indicate if there are enemies around.

“It is possible to predict if there is an opponent close by based on how they move. For example, if you pass through a field of reeds and suddenly you see a flock of birds flying in the distance, you can deduce that there is another player in that location ”, they comment. On the other hand, the possibility of returning to the game after dying is added, similar to the function of the gulag in Call of Duty: Warzone. When you die you will go directly to the Return Arena, a secluded area where you can earn your resurrection.

Regarding the self-defibrillator, we know that it will be an inventory item obtained through the loot scattered around the map. When you fall downed (not dead), you can use it to return to playable condition, without the need for companions. It will only appear in Solo and Team modes. Automatic rescue cannot be canceled once it has started.

On the other hand, two new weapons are added to the arsenal. The K2 assault rifle is a 5.56mm caliber weapon, similar to the Krieg 6 from Black Ops Cold War; He will be accompanied by the DMR MK12, of the same caliber and designed for medium and long-range combat.