Home Entertainment Psychonauts 2 is Seen in a New Gameplay; Will Arrive in 2021 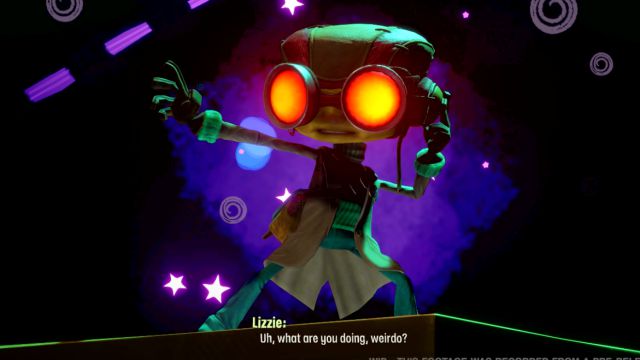 Psychonauts 2: The Double Fine Productions title will be out later this year. From Game Informer they advance a new video of Rez’s game.Double Fine Productions has shown a new Psychonauts 2 gameplay to the Game Informer medium. The long-awaited title, which confirms its premiere in 2021, will arrive on PlayStation, Xbox and PC consoles before the end of the year. Tim Schafer’s team now presents new scenarios and their colorful finish on several levels that clearly reflects the platform component of the proposal.

The new video is only a minute long, but it is enough to see that it feels very faithful to the original, something deliberate by Double Fine to maintain the essence of the work originally published in 2005 on Xbox; now also available through Xbox Game Pass on console, PC and Xbox Cloud Gaming for Android.

The latest information we have about Psychonauts 2 is that it will be released in 2021 and that it is perfectly playable. Its development has been delayed in time and it has gone through all kinds of difficulties.

After a year 2020 marked by the pandemic, which disrupted the team’s plans for its possible premiere, added to crunch stages, the long-awaited sequel is approaching its world premiere. After recognizing unhealthy work habits, they assume that it is time to change their methodology from now on.

The studio belongs to Xbox Game Studios since 2019, so that once Psychonauts 2 reaches stores, they will see their works published by Microsoft itself. “I think it’s perfect for us, because we can focus on our rare games and not worry about closing our next deal,” they indicated at the time. Xbox will be present at E3 2021 held this June; also at the Summer Game Fest organized by Geoff Keighley.