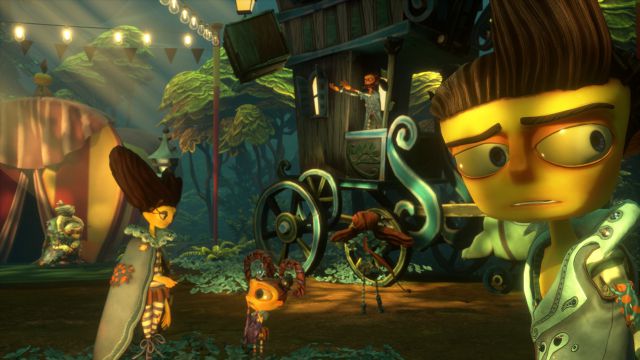 It is the new production of Double Fine, a studio that has been integrated into the structure of Xbox Game Studios.

The light at the end of the tunnel. Psychonauts 2 was announced by Double Fine Productions at The Game Awards 2015. Through a crowdfunding campaign, it achieved the goal of raising the 3.3 million dollars necessary for its financing. Since then, almost six years have passed, but everything seems to indicate that the wait will end this year 2021. This is how the study has dropped it in a video development diary, in which Tim Schafer himself, one of the brains of the mythical Monkey Island and founder of this study, has offered some news.

Dressed in a very Christmas way, the creative explained that development continues to progress well. “2020 has been a very strange time, but Psychonauts 2 is going well and will be released next year” (the video is from the end of 2020, as far as 2021 is concerned). According to Schafer, the working methods have changed with respect to other projects, since the study has not wanted to resort to crunch, another way of referring to labor exploitation.

“In the first game we had one of the worst crunches we’ve ever had,” he acknowledges. The second change refers to the fact that all the developers are working from home, so that part of the footage that appears in the video comes from the Zoom calls that have been carried out throughout these months. That’s why some of the employees are in the background.

Double Fine Productions has published games like Brütal Legend, Broken Age or Day of the Tentacle Remastered. The studio has also published independent studio titles, although its work as a publisher has been extinguished with its acquisition by Microsoft. The company is already part of Xbox Game Studios, the complete network of developers that those in Redmond have reinforced in the most recent years.

Financial Stability Board May Ban Stablecoins

Health items had 124% increase in e-commerce in March