Home Entertainment Psychonauts 2 Celebrates Its Premiere With This Launch Trailer; The Adventure Begins 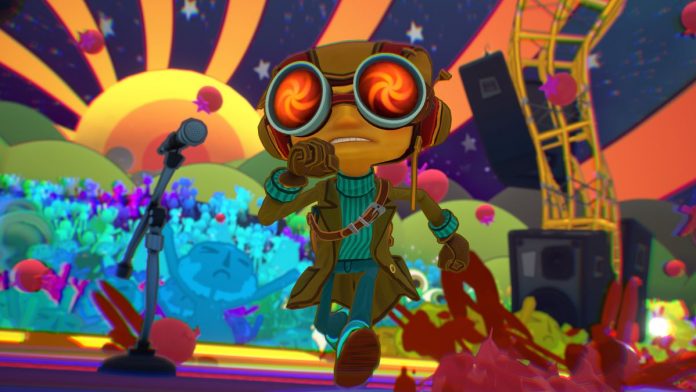 Psychonauts 2: The Double Fine Productions game arrives August 25 on Xbox One, Xbox Series, PC, PS4 and PS5. Available on Xbox Game Pass from day one.Psychonauts 2 didn’t miss Gamescom. The long-awaited adventure and platform game from Double Fine Productions arrives this Wednesday, August 25, worldwide for Xbox One, Xbox Series and PC, included as standard on Xbox Game Pass; as well as PS4 and PS5. Xbox has shown its launch trailer during its Gamescom conference; with the intervention of two exceptional guests: Lisette Titre-Montgomery, art director at Double Fine, and Tim Schafer, studio director, who have explained some of the mechanics of the title.

You can read our review of the game here, where we rated it 8.5 out of 10. We liked it a lot: “Psychonauts 2 is, plain and simple, the sequel that any fan of the original title has been dreaming of for over fifteen years. Double Fine has not only kept intact the main hallmarks of the work ”.

Psychonauts 2 will be available on Xbox Game Pass for Xbox One, Xbox Series and PC players from day one; Also available as a separate sale on PS4 and PS5.

Gamescom 2021 refuses to give up a big edition, even though this year, as in 2020, it is not possible to meet in person. Opening Night Live is this year’s big date, with The Game Awards and Geoff Keighley at the helm. It will be this Wednesday, August 25 at 8:00 p.m. (CEST) when the transmission begins, which will last two hours, added to a half-hour preview starting at 7:30 p.m. (CEST). Companies such as Xbox Game Studios, Ubisoft, Activision, Bandai Namco Entertainment, Koch Media, Bethesda Softworks and Konami will have a presence at the event.

Is it possible that we will see news about Elden Ring? We don’t know, but we shouldn’t rule it out. Titles from 2022 like Elden Ring or Mario + Rabbids Sparks of Hope are included in the Gamescom list of best games nominees, so there is reason to believe.

In strict regards to the conference, the organization has confirmed that games such as TMNT: Shredder’s Revenge, Call of Duty: Vanguard’s campaign debut, SAINTS ROW, LEGO STAR WARS: The Skywalker Saga, Tales of Arise, Genshin Impact , Super Monkey Ball Banana Mania or Death Stranding Director’s Cut will be present in the broadcast. We will have more than 30 announcements.

We invite you to follow all the news of Gamescom 2021 here, in MeriStation.