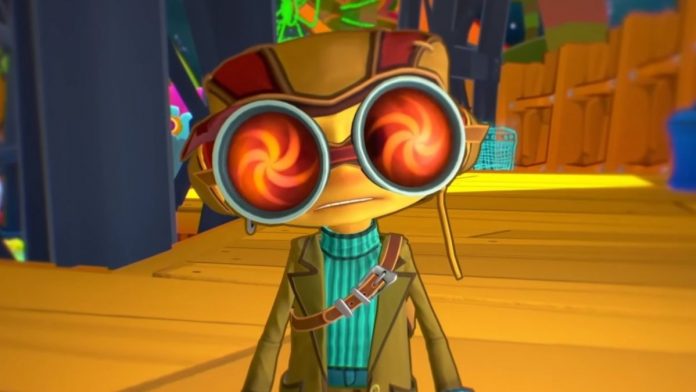 Psychonauts 2: The Double Fine game puts an end to your long wait and will be released this August. New teaser during the E3 2021 Xbox conference. Double Fine Productions has shown a new gameplay trailer for Psychonauts 2 during the Xbox & Bethesda Games Showcase conference at E3 2021 and has confirmed its worldwide release date: August 25, 2021. The title, scheduled for Xbox One, Xbox Series X, Xbox Series S, PS4, PS5 and PC, represents the return of one of the most important characters of the first Xbox.

Double Fine maintain the essence of the work originally published in 2005 on Xbox; Also available on Xbox Game Pass on console, PC, and Xbox Cloud Gaming for Android. You can see the new trailer at the beginning of the news.

Xbox knows exactly how it wants to face its future after having 23 internal studios at Xbox Game Studios. The Redmond firm has committed to offering at least one frst party title each quarter; at least four video games from their own studios a year. Xbox and Bethesda join forces for a generation that has only just begun and that will have Xbox Cloud Gaming, the gaming infrastructure in the cloud, as one of its great strongholds. The transition to Xbox Series servers will soon take place (currently they are Xbox One) and will be available to us on Smart TVs and browsers with Xbox Game Pass.

It should also be said that from this June 15 we will be able to enjoy more than 40 demos of upcoming independent titles for Xbox One and Xbox Series X | S, which has been called ID @ Xbox Summer Game Fest Demo. Names like Sable, Lake, The Riftbreaker, Echo Generation and Tunic stand out. We can enjoy them until June 21, 2021 in the comfort of home.

E3 2021 has not said its last word. After the conferences of Summer Game Fest, Ubisoft, Square Enix and Xbox itself, there are important appointments such as Capcom, Bandai Namco or Nintendo. It is the latter that will capture all eyes from next Tuesday, June 15 at 18:00 (CEST), a broadcast of the now traditional Nintendo Direct covered by advertisements mainly designed for 2021 on Nintendo Switch. The event will last about 40 minutes.

FIFA 22 confirms its official cover: Kylian Mbappé is the star...