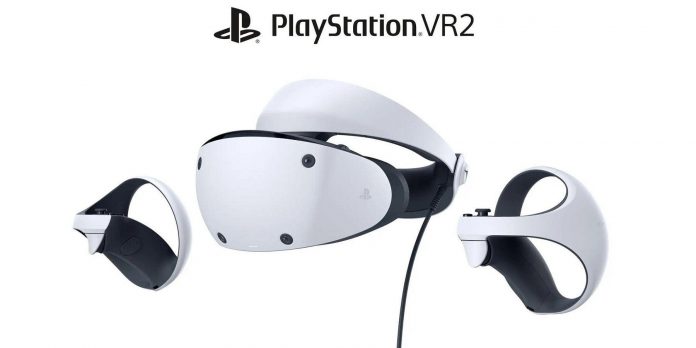 Sony calls the PS VR2 the next generation of virtual reality, created thanks to the capabilities of the PS5. The PS5’s capabilities allow the PSVR 2 to support 4K HDR visuals at up to 120 frames per second. High-resolution games via PS VR2 are possible thanks to the headset’s two OLED displays with a resolution of 2000×2040, which provides a resolution of about four times that of the original PS VR headset. The new headset is paired with the new PS VR2 Sense controllers to provide virtual reality similar to DualSense. Many new games will be released for PS VR2, including Horizon Call of the Mountain and the Resident Evil Village version for PS VR2.

Sony has filed a new patent for interactivity between two players in PS VR headsets playing locally. The patent describes a system that tracks the position of one player relative to another, while the game processes information in real time. Virtual reality headsets and the control device are synchronized to provide an unobstructed local multiplayer mode for both players. These players are likely experiencing directional tactile feedback through the PS VR2 based on Sony’s previous VR patents.

The diagrams for the patent show two players watching an enemy as it passes through their field of view in a VR headset. The central processing unit acts as a terminal for the game between both players, which implies that it could be a console such as the PS5. Sony’s patent may be a sign that PS VR2 supports games with a local multiplayer mode, and the diagram shows a system in which a PS VR2 game adjusts to the positioning between local players.

Since the PS VR2 headset is connected using a single cable, connecting two headsets to one PS5 may be a possible way to play PS VR2 games locally with another player. Sony’s focus on live-service games may be another indication that PS VR2 is getting third-party games that support local multiplayer mode.

However, Sony has not officially announced support for local multiplayer mode for the PS VR2, and important details of the headset, such as release date and price, remain undisclosed. Sony is likely to reveal more information in the near future as the company prepares its line of games for PS VR2.

The modern iron banner of Destiny 2 has finally become what...