Real Madrid is ready to pay a large sum to integrate Kylian Mbappé into his team. But it could cost the club very dearly.

Is Kylian Mbappé ready to leave PSG to join Real Madrid? According to the latest rumors, the Paris-Saint-Germain striker will not be baited so easily.

As the Covid-19 epidemic threatens Euro 2020, Real Madrid would like to grapple with Kylian Mbappé.

At least that’s what the Diariogol media claims. At the moment, Real are said to be ready to poach the former Monegasque player for almost 200 million euros. But is it enough for the renowned player?

Still according to the same sources, Mbappé could only accept according to certain criteria. Starting with his salary, which must be the highest in the club.

KYLIAN MBAPPÉ: NOT SO EASY TO COOL?
To bait Kylian Mbappé, it will therefore not be an easy task. Real Madrid must therefore give in to its many demands. 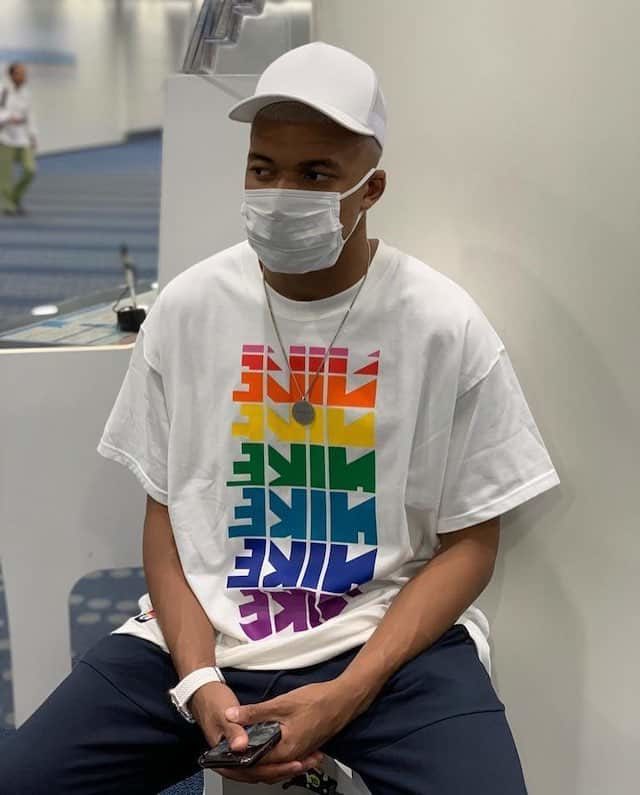 Namely, take care of his rent but also provide him with a private driver, a bodyguard, a chef and a butler. This amounts to almost 30,000 euros per month, in addition to his salary.

Then, the club would also have to offer a private jet to the prodigal striker. High standards, it seems.

But it’s not Kylian Mbappé who wants to. Especially since Real Madrid will also have to convince PSG, its current club, which is no small task.

See Also
Kylian Mbappe in a relationship with ... Lily-Rose Depp? We take stock of the rumor!

It remains to be seen whether the young player will accept to sign or not. But there is no doubt that Real Madrid will be ready for many sacrifices to have a player of the caliber of Kylian in his team.