Home Sport The PSG asks the most decisive player to Barça “if I sell... 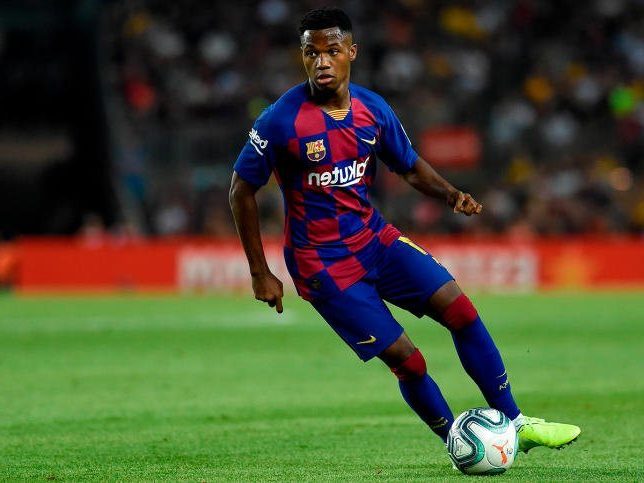 Barcelona, ​​at this time, is still going around with the way to bring the Brazilian Neymar Junior to Barcelona. In all forms and ways, the most harmonious and least painful would be to deposit the 250 million that the PSG practically asks for the Brazilian star. But that is impossible. Barça cannot reach that amount, even in installments and less without selling to Ousmane Dembelé and Philippe Coutinho, which will not be easy.

But Josep Maria Bartomeu is already in the position of being able to place the French and the Brazilian, that takes it for granted (they are working on it). But that does not end the main problem. In fact it only begins the great difficulty. Because eliminated the possibility of going with that brutal amount to Paris (which would have to add the player’s card), Barça faces the Parisian pretensions and there they have run into names to which more bleeding from their current squad.

One is that of Ansu Fati. Barça would agree to give it up for a maximum of two years, but without any option for sale. And the thing does not end there, in the capital of France they want more, they understand that they are in their right. And in the last contacts, not direct but of preemption, the environment of Nasser Al Khelaifi points to the best player so far in the Barça campaign, which is not Leo Messi, but as if it were: Marc Andre ter Stegen.

It is true that Keylor Navas performs at a good level, but the idea of ​​Paris Saint Germain is to get the best, and for Thomas Tuchel, who has been asked, Ter Stegen is, even ahead of Jan Oblak. He likes everything: footwork, reflexes, personality and his game overlooked. Bartomeu knows that this operation would be very delicate for the partner since the goalkeeper is one of Barca’s golden eggs and selling it would be a dangerous excess even for him.

In this way, from Barcelona they already know that either they go with the money ahead or the Parisian team will pull their best players in the operation.