Home Entertainment PS5 Will Have The “Strongest” Lineup Of Games In The History Of... 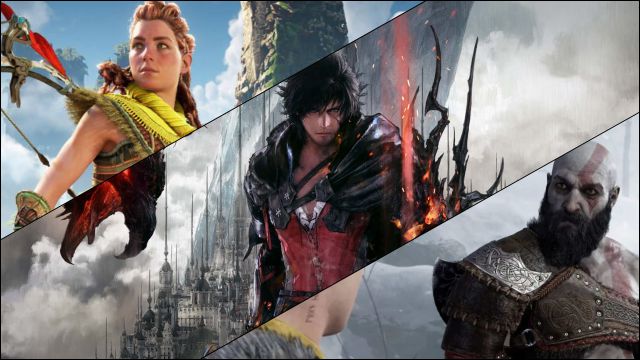 PS5: Jim Ryan believes that the launch catalog was the best yet on any other PlayStation console; but what is coming will be even more powerful. Jim Ryan, CEO of PlayStation, believes that the PS5 launch catalog during its first year has been the best to date of any console; the future, for its part, aims to be even more imposing for his brand. Speaking to GamesIndustry (via PushSquare), the manager knows he is confident with the lineup of games they are preparing for what will be “by far” the “strongest” catalog they have ever had in the history of PlayStation.

“The launch game lineup was the best we’ve ever had, and I’d say the best any console has ever had,” says Ryan. “The work we’ve done since [is excellent], with Returnal and Ratchet & Clank: Una Dimension Apart; and MLB The Show 21 for the United States, which is a good game. The portfolio of games we have on the way is fantastic; It is by far the strongest we’ve ever had for any of our consoles. I can’t wait to see these games come out: Horizon Forbidden West, God of War Ragnarok and Gran Turismo 7 ”.

The last PlayStation Showcase in September helped us learn a little better about what is to come to PS5 in 2022 and beyond. Starting with Horizon: Forbidden West on February 18, Gran Turismo 7 will take over on March 4; both on Ps5 and PS4.

From there, we know that Forspoken will arrive in the spring and that Uncharted: Legacy of the Thief Collection will be out at the beginning of the year. God of War: Ragnarok points to beyond the first half of 2022, while undated we have Final Fantasy XVI and Star Wars: The Knights of the Old Republic Remake. Similarly, Insomniac Games surprised us with Marvel’s Spider-Man 2 for 2023 and Marvel’s Wolverine. The console, PlayStation 5, will continue to have stock problems well into 2022 due to the semiconductor crisis.

FIFA 22: The Best Defenses For Ultimate Team And Career mode