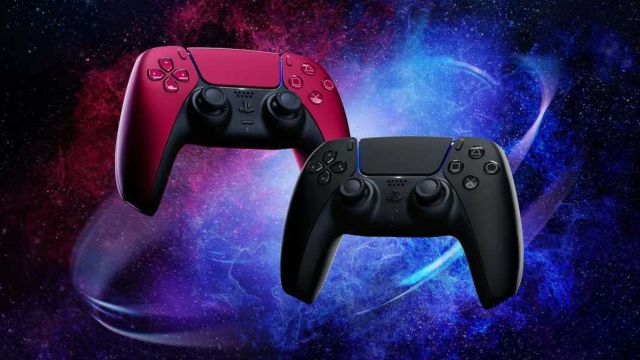 PS5: Both controls will be available from June 18, although Sony points out that it will depend on the region. The DualSense family will expand in a few weeks. It will do so through two unreleased models of the PS5 controller, which will abandon the white construction to offer other types of colors. These are the Midnight Black and Cosmic Red models, as reported by Sony through the official PlayStation blog. The first of them “presents two subtle shades of black with light gray details that reflect the view of space and the night sky”, while the second “has a design with intense shades of red and black inspired by the most spectacular nebulae. of the universe”.

Those interested will be able to purchase the new DualSense from June 18, despite the fact that the Japanese company indicates that the date may vary depending on the region. Therefore, they ask players to inquire at their usual outlets for more details about the launch.

A carefully thought out design

Leo Cardoso, of the DualSense design team, said that the goal has been “to develop designs that surprise and captivate fans”, so they have carefully selected the colors. In his words, they wanted “the new colors to complement each other”, just as they did with the original controller, included in the PS5 as standard. “We decided to design them around the theme of the ‘galaxy’, as if it were a natural evolution of the original design of the PS5 and its accessories.”

On the other hand, Satoshi Aoyagi, another of the people behind the command, has commented that the two new pieces “have a subtle bluish tone that produces unique shades of red and black.” Since the DualSense also has a bluish hue, “these three colors complement each other perfectly,” he says. All colors and details “have been designed to match the new colors.”

The PS5 DualSense controller incorporates new features such as haptic vibration and adaptive triggers, two innovations that both Sony and third-party companies are trying to exploit in their games.