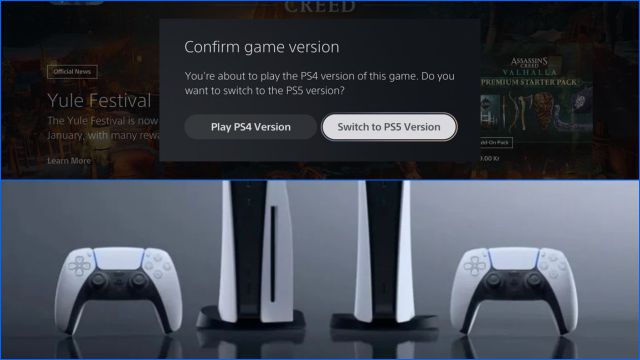 The Sony console will warn from now on when users are going to start a backward compatible version of PlayStation 4, whether or not by mistake.

Sony has added a short warning message on PlayStation 5 when we launch a PS4 video game that has a PS5 version. The backward compatibility of practically the entire catalog of the already veteran console of the Japanese company in the new generation has brought many advantages, but there was a lack of specificity when it came to differentiating titles with versions in both generations, such as Marvel’s Spider-Man: Miles Morales or Sackboy: An adventure in a big way, among others.

“You are about to play the PS4 version of this game. Do you want to switch to the PS5 version? ”, It is indicated from this December 22. During the first month of the console on sale, there were not a few users who reported problems when it came to knowing which version they were starting, whether the PS4 or the PS5, since to choose it is necessary to perform a couple of additional steps before running the game (specifically, select the icon with the three dots to choose the version or edition).

Now we can choose which version we want to download: if the PS4 or the PS5

Another point that is worth noting is that, from now on, Sony also advises before downloading a digital game if we want to start the installation of a title in its PS4 version or the PS5 version. Before, the one that was in first place was downloaded by default, thus causing annoyance in those who took it for granted that the new generation was going to start.

With these quality of life details, Sony hopes to minimize this inconvenience; all the more so when another portion of the community —including members of this newsroom— also reported weeks ago problems updating PS4 games to their native version of PlayStation 5. Since the last major PS5 firmware update these problems have apparently been solved.

Therefore, anyone who can buy a PS5 or a PS5 Digital Edition this Christmas should be able to enjoy their intergenerational video games comfortably and without doubts.

PlayStation 5 is completely sold out all over the world; Spain included. You can check here the status of reservations and new stock shipments. PcComponentes and TechInn are the only stores that have the sale open. TTDV has claimed to have more units on the way.