Home Tech PS5 | they prohibit the purchase of speculators 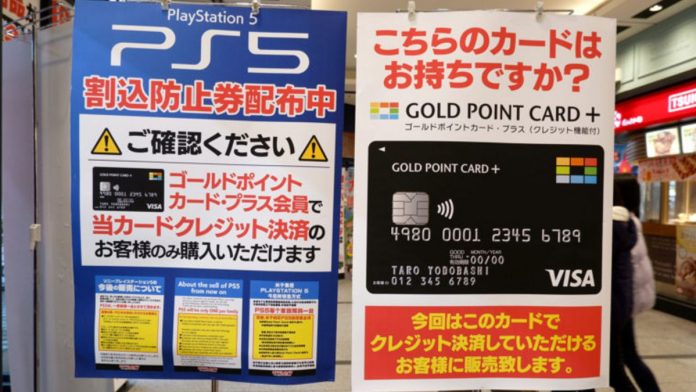 The Yodobashi Camera technology chain was forced to cancel the sale of the console after the police arrived at the scene.

A few months after the launch of PS5 it is almost impossible to get one, and not only due to the shortage of units, but also to the action of speculators, who seek to sell at an exorbitant price in a market that is willing to buy. Recently, the Yodobashi Camera chain of stores was forced to cancel the sale of the new shipments as a result of altercations, which culminated in the arrival of the police. Now, this store franchise has taken action on the matter and has prohibited the purchase of PlayStation 5 to all those suspected of being speculators.

Although the initial policy was to sell the machine on a first-come, first-served basis, the company has modified its roadmap and will randomly offer the product exclusively to customers who are members of its credit scheme. Famitsu magazine has shared a snapshot in which several informative messages appear, in which they comment that they will deny the purchase to those suspected of wanting to resell: “If a seller believes that an attempt is made to resell the purchase, we will refuse to sell.”

The chain of stores has also explained that it will not offer the product to those customers who have purchased the console in the past, something that also applies to those who bought several Nintendo Switches. On the other hand, customers who have bothered other consumers in some way will not be eligible to purchase PlayStation 5.

Crowds and shoves … and all for a PS5

The incidents occurred on Saturday January 30 at the Akihabara store. The chain had announced that it would proceed to release the stock of PS5. They did not count on the shoving that would occur or the physical contacts due to the crowds, and all this in the middle of the coronavirus pandemic, when the safety distance is more important than ever.

The Asian country, which is in a state of emergency until February 7, has witnessed the events that occurred in Akihabara. In a chaotic environment, the police showed up and Yodobashi Camera decided to cancel the sale of Sony’s next-generation console.

PlayStation 5 was released on the Japanese market on November 10. As in other countries, finding a unit is more than a coveted fact.

What is Full HD? here are all the details