Home Tech PS5: they discovered it crashed while blowing up cars 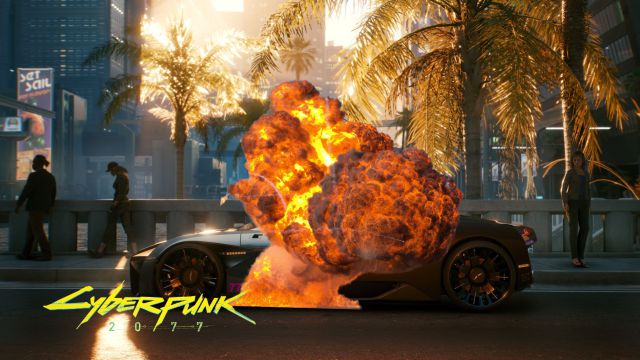 The CD Projekt RED title is currently not available on the PS Store, pending the developer improve the product.

That an open world game comes out with bugs is not a novelty, it happens in all the titles that are launched on the market, to a greater or lesser extent. In the case of Cyberpunk 2077, the most recent production from the creators of The Witcher 3: Wild Hunt, things have taken on dramatic turns. And it is that its performance on the base consoles forced CD Projekt RED to apologize and offer a refund to all those disgruntled users. Additionally, Sony decided to withdraw the product from the PS Store. Now Reddit user keyvisuals has found that the PS5 version freezes completely when you blow up a string of vehicles.

In the video, which you can see below these lines, you can see how the player is in front of a row made up of several rows of cars. When shooting at one of them, a chain explosion occurs that destroys all vehicles, as well as the game, since the console freezes at that moment and an error message appears on the screen. Another one to add to the list, although CD Projekt RED continues to work on the next patches.

The Polish study has already drawn up the roadmap regarding the content and improvements that will come soon. During that month of February they will publish new updates, with an eye to continuing to fix the product. Throughout this year 2021 they will continue with that improvement plan, while the update that will optimize the game on PS5, Xbox Series X and Xbox Series S is maintained for this same year.

Expansions, on the other hand, will have to wait. At least they are not in the plan for 2021, unlike the free downloadable content. Cyberpunk 2077 went on sale on December 10 on current generation consoles (backward compatible on new ones), Google Stadia and PC.