Home Entertainment PS5: The Last of Us Part 2 Improves Its Performance to 60... 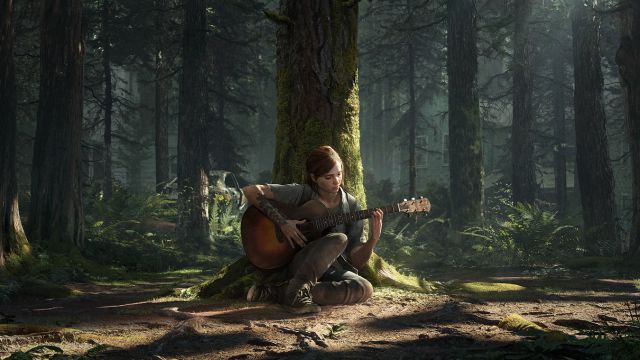 PS5: Naughty Dog surprises by releasing a patch that improves The Last of Us Part 2 performance at 60 fps on PS5. Update now available for download.The Last of Us Part 2 receives a patch by surprise on PS5. Update 1.08 will allow new generation players to activate an option that increases their performance up to 60 frames per second. In this way you can choose whether to keep the target marked in its original launch, at 30 fps, or this new mode.

The patch is now available for download on the PS4 version via PS5 compatibility. As indicated by the company in a press release, this patch “is only the first step of what Naughty Dog is preparing for PlayStation 5”. “Soon more news will be communicated”, they conclude.

The Last of Us 3 is not in development

Last April, the statements of Neil Druckmann, creative director and scriptwriter of the game, were surprising, where he explained that there is already an outline of what happens after the conclusion of the second installment. However, The Last of Us 3 is not currently in development.

“I don’t know how much I want to reveal,” begins Druckmann into the microphone of the Script Apart podcast. “[Co-writer Halley Gross] wrote an outline for a story that we’re not doing, but I hope one day it can see the light of day. This explores a bit more what happens after the game. We will see”. Currently she has not transcended the project in which the team is immersed. Evan Wells, director of Naughty Dog, revealed that they have had difficulties developing several titles at the same time.

The Last of Us Part 2 scored 9.3 out of 10. “The Last of Us Part 2 had the difficult task of facing himself. After a first game that is part of the history books in this medium, he is now accompanied by a work that takes over with courage, ready to set a precedent never seen in the narrative plane and that makes it clear that the use of the technical power can be used to surprise beyond the graphic ”, we said. You can read the full text here.

Six Days in Fallujah: the keys to the controversy of the...