According to Tom’s Guide, the coating on the DualSense, the PS5 controller, would wear out far too quickly in a matter of months

It’s all well and good to design “turfu” levers with vibrations never before experienced… These would still have to stay in good condition for several years. Which doesn’t seem to be the case with the PS5’s DualSense.

Indeed, according to our colleagues at Tom’s Guide, the controller of the new Sony console has some durability concerns. We are not talking about the battery of this one but about its coating. In other words, which allows you to hold it in your hand as it should.

A news that should not delight fans of the PS5 and even less those still looking to acquire it. Indeed, already it is a long road to even hope to have one in your basket, learning that the controller wears out quickly could discourage some.

Remember that the price of the standard version is 499 euros and 399 for digital. At this price point we would like to get our money’s worth and have material that does not wear out at lightning speed … Which therefore does not seem the case for some items in the pack …

But what is the real problem with the DualSense. Or rather, the second concern. Because yes, before that, we learned that the joystick also had many problems. Drift issues reminiscent of those of the Switch Joy-Cons.

The sticks in question, even without touching them, would make the camera move during a game. Or, our character would move all alone… What annoy PS5 players.

THE PS5 DUALSENSE AND ITS COATING CONCERNS

If on top of that you add a coating that wears out over the course of a few weeks, you put everything together to get players off their hinges.

Sony however boasted of having released a controller defying all competition. What is true. Despite everything, the 40,000 Playstation symbols adorning its PS5 game handles, serving as grip, disappear very quickly.

You only have to look at the pictures posted by Tom’s Guide to realize this. Especially since the media claim to have not “used that much” his PS5. The DualSense is more in a drawer than in their hands.

This is why, we have reason to wonder about the lifespan of the Sony controller. If its coating wears out so quickly, what about its battery and the quality of the buttons? We hope this is another concern that Playstation has already secured.

The company, still not having answered questions from our colleagues wanting to know more about the natural erosion of DualSense. It remains to be seen whether the answer will arrive one day or not. Microsoft will install this app on PC whether you want it... 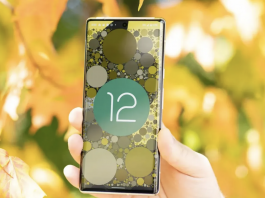