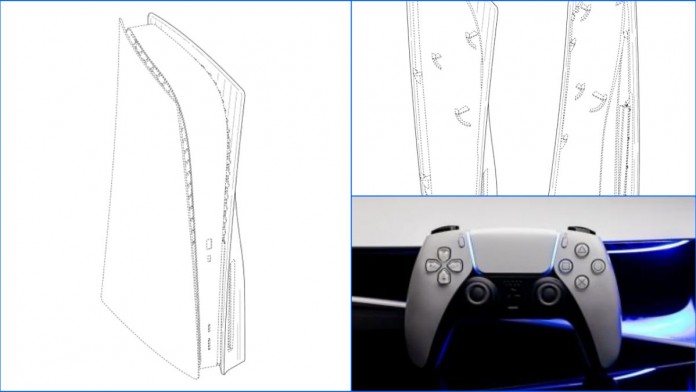 PS5: The company successfully requests a document targeting the console covers, which would respect the current design. What do we know for now. Sony Interactive Entertainment has registered in the United States Patent and Trademark Office a document that patents the current cover design of the PlayStation 5 family of consoles. It corresponds to that of your current home console, PS5, and like all patents it serves to support the legal use of that design for possible commercial uses.

Although the first thing that may come to mind is that Sony is planning the commercialization of covers of different colors for PS5 and PS5 Digital Edition, the truth is that this record does not indicate anything about it; in fact, the main use of this patent is for third-party companies to release console covers without a license. During this last year several companies have tried, but all have been withdrawn from sale due to the intervention of Sony.

Not surprisingly, having a legal approval for the amortization of these covers, designed by Yujin Morisawa (Sony), opens the doors to the sale of new interchangeable models of the shell chassis of the console or of new colors of PS5.

The registered design is based on an “ornamental design for a cover of an electronic device”. Both the upper and lower PS5 cases can be removed without compromising the expiration of the product warranty.

What did Sony say when asked about a possible PS5 of another color?

If we accept the official statements, Sony made it clear last July 2020, months before the premiere of PlayStation 5, that it would talk about more colors of the console and the DualSense controller “at some point”. They did not close the doors to that possibility. And so it was: the PS5 controller already has a growing range of colors, not just the initial white. Now it is the console that is waiting for that possibility. Fans have demanded a PS5 model in black.

Lucifer: Dan ready to take on Amenadiel in the sequel?

What is Emergency SOS on iPhone: How to set it up