Home Tech PS5: So are the controls of the new PS VR of PlayStation 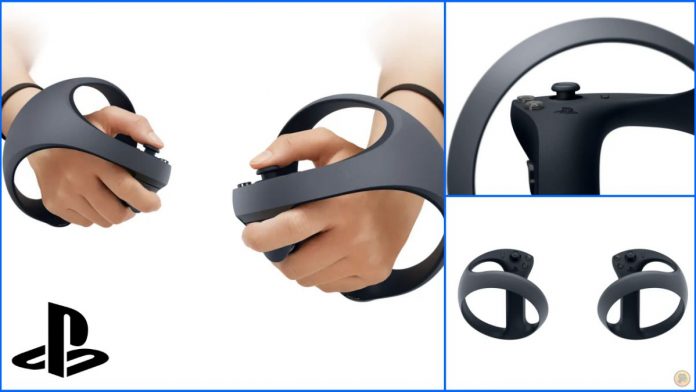 PlayStation shares the first details of the next-gen PS VR controller on PS5. Take advantage of the technologies seen in the DualSense, among others.

PlayStation reveals by surprise the next generation controller that will accompany the virtual reality device of PS5. In this way, the company leaves behind the lighting solution of the PlayStation Move to reach the standard of functionalities of its main competitors, Oculus and Valve.

This is the PS5 virtual reality controls: keys

As we can see in the images that accompany the announcement, the control presents the distribution of buttons and sticks of the DualSense, as well as an additional button on each handle as a grip (like the one presented in Oculus Touch). The similarities with the successor of the Dualshock 4 do not end there, and it is that it will also make use of its two main technologies: adaptive triggers and habitat feedback.

Its circular design responds to the tracking functions that will complement the new virtual reality device. Although no details about the visor have been shared, that the helmet detects the movement of the couple indicates that the tracking will be in-out, that is, through a series of cameras integrated into the chassis, which will allow greater mobility and precision than the sight so far. Other devices like Oculus Rift and Oculus Quest already use it. In what position would the HD camera be? So far we do not know. On the other hand, the remote itself can detect the thumb, index and middle fingers before pressing the buttons you would use with them.

“SIE’s product, engineering and design teams have collaborated to create the new virtual reality controller from scratch with the goal of taking a giant leap from the gaming experience of the current generation of VR,” the company explains at a dedicated post on the PlayStation blog. They point out that the prototypes of the controller will arrive “very soon” to the developer community, who will begin to work on projects dedicated to the new generation of PlayStation VR on PS5.

How To Work Comfortably Directly On The Cell Phone?