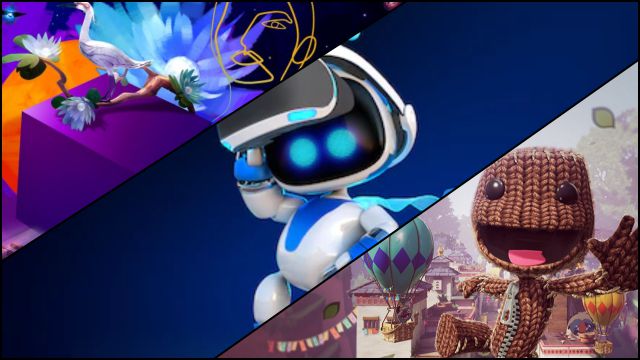 PS5: After the reports pointing out Sony’s big bet on blockbusters, Hermen Hulst maintains that we will have more distinctive and diverse works. Sony will not abandon the singular and peculiar works of the catalog of exclusive games with the PlayStation label. Hermen Hulst, head of PlayStation Studios, explained in an interview with GamesIndustry that they will continue to bet on those experimental works that are not so successful in sales, but that do provide freshness and differentiation. In his words, there will be no shortage of titles like Dreams, Sackboy or Astro Bot.

“I think those games we make are as distinctive and diverse as they can be,” he says. “From Sackboy, Astro Bot or Dreams to that type of game of games you are referring to, like The Last of Us Part II and Ghost of Tsushima,” he responds, when asked about the commitment they will maintain in the face of less-oriented works. become a best seller.

“And you can be sure that we will continue to make these games, because they are the heart and soul of what we do here at PlayStation Studios. We are as committed to creating these quality experiences as we are to experimenting and creating new ideas. “, He adds, and makes it clear that he wants to create a catalog of” diverse “games.

Coming soon we will have a new PlayStation Studios video game by a new studio, Firewalk Studios, made up of former Destiny, Mass Effect or BioShock employees. On the other hand, Haven, Jade Raymond’s new independent studio that is immersed in a new IP for PlayStation.

Where do the doubts come from among the PlayStation community

The question arises from the recent reports initiated by Bloomberg, where they indicate that Sony has declined the development of a hypothetical Days Gone 2, has begun a remake of The Last of Us and even a new Uncharted. Safe bets reducing risks. If to that we add the goodbye of SIE Japan Studio as we know it or the statements of John Garvin, former head of Days Gone at SIE Bend Studio with Jeff Ross, where they ugly that Sony prioritizes the Metacritic note above all and the sale of the games in its full price stage, doubts began to be the main topic of conversation in networks and forums.