Home Entertainment PS5: Oddworld Soulstorm, one its free games on PS Plus 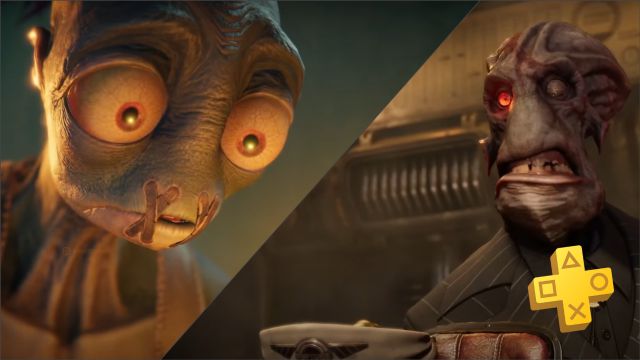 The game, which will also be released on PS4 and PC, will go on sale next April 6, as confirmed in the State of Play.

The new adventure starring Abe already has a release date. Oddworld: Soulstrom will be released on April 6, 2021. This was announced during the State of Play, the event in which some interesting news for Sony consoles have been shown. One of them is that this title will be one of the free video games of the month of April for PS Plus subscribers. Of course, it can only be downloaded for free on PS5. On the other hand, a new trailer has been shown, which you can see below.

Ratchet & Clank on PS4, free for a limited time

With Ratchet & Clank: A Dimension Apart (or Drift Apart in its English version), Insomniac Games will debut these characters on Sony’s next-generation console. It will be from next June 11 when players can enjoy this adventure. However, to get you started, all PS4 and PS5 users will be able to get free with the previous installment, Ratchet & Clank, but only for a limited time.

Play at Home is an initiative that Sony launched during the first months of the coronavirus pandemic, when much of society was confined to their homes. Then they gave away Uncharted: The Nathan Drake Collection (the remastering of the first three installments) and Journey. Now, Jim Ryan, CEO of Sony Interactive Entertainment, wanted to thank the community for all these months of fighting COVID-19. Thus, from March 1 to April 1 it will be possible to download the game for free on the PS Store.

“These days, we could all use to wait for something and another reason to be safe by staying socially apart, so we’re happy to be able to offer a free selection of games and some entertainment offerings,” Ryan said. Undoubtedly, no one sulks at free games, less when it is such an appetizing appetizer for the premiere of the new chapter of the saga.

Billie Eilish is the victim of a stalker who threatens her...