Home Tech PS5: Japanese police intervened in a store during the sale 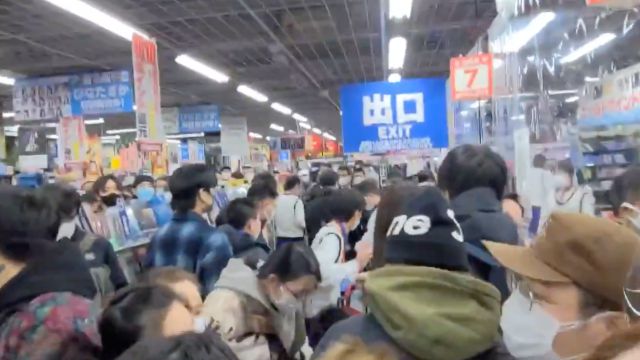 The police paralyze the trade because of the behavior of Japanese citizens. Hundreds of people involved in a disorder in the middle of a pandemic.

The Japanese police have intervened this Saturday the sale of PlayStation 5 consoles in a store of the Yodobashi Camera chain in Tokyo due to the disorder that was taking place, as witnesses present in this chaos have reported. Shortly after, the purchase process was canceled due to the inability of those present to remain calm and proceed to a formal relocation of the ranks.

The store, located in the well-known commercial area of ​​the Akihabara district, in the heart of Tokyo, was involved in this compromising situation with dozens of people pushing and physically contacting each other; despite wearing masks. It was packed.

Japan, in a state of emergency. The police stop the sale

Dave Gibson, a member of the video game company Creatures Inc. (a subsidiary of The Pokémon Company), reports on the social network Twitter a recorded video of the situation live. “They canceled the sale because people were going crazy,” he says. From what he witnessed, he was pushing himself so hard that even the clerks had to back off. “People who were paying at the cash registers had to be pushed aside. They left the cash in trays ”, he adds. “The staff had to go back to the storage area.”

The reason that has been able to motivate this popular revolt, as PSU indicates, has been the policy of selling this new batch of PlayStation 5 units in that well-known Tokyo store, based on direct sales without reservation; the first to arrive took it away. Demand for PS5 in Japan is well above supply, as it is in the rest of the world. Many of those present were, apparently, people looking to later resell the console.

Japan remains in a state of emergency until February 7, government authorities announced at the beginning of January, as a measure authorized by the Prime Minister of Japan, Yoshihide Suga, due to the growth of positive cases of COVID19.

PS5 and PS5 Digital Edition are available worldwide, but out of print. AMD, maker of components like Sony’s console GPU, estimates stock problems until the second half of 2021.