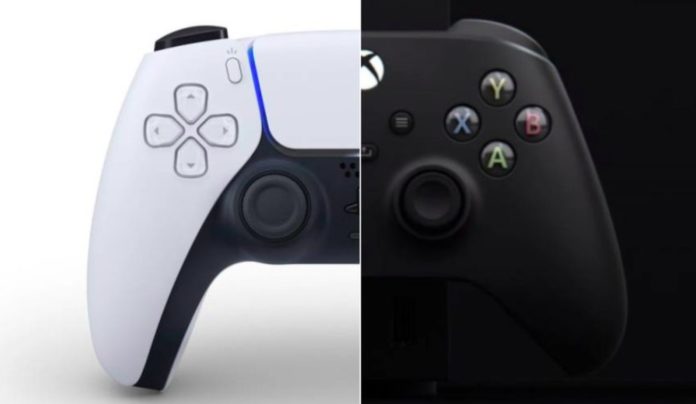 The PlayStation 5 (PS5) controller DualSense was officially unveiled by Sony, joining the already announced Xbox Series X joystick, Microsoft’s next console, in terms of the new generation. The launch of the two devices is expected at the end of the year, but still has no date for Brazil, and no price for the rest of the world. But which console has the best control? In this comparison, Somag News  lists their main features to give an idea of ​​what they are like and what they can bring to fans who choose to buy one or the other. As they are devices that are not yet on the market, it is good to remember that the analysis is made based on the official specifications already released.

Design
In terms of design, Microsoft has chosen to keep things on “familiar ground”. The Xbox Series X controller is very similar to the Xbox One controller in every way, while Sony has completely changed the look of DualSense compared to DualShock 4 – the controller is now white in its standard color and has several visual differences. In fact, this is a purely visual aspect, since it is not yet possible to know which of the two devices have a better “grip” for the players’ hands, while they do not reach the market.

Buttons
As far as we can see, the buttons remain the same on each of the controls. One of the novelties, however, is in the adaptive triggers, with pressure adjustment. The two joysticks, from both consoles, will have triggers, according to the player’s taste. In addition, they retain some features that already existed in the current generation: the Xbox Series X controller has a modifiable directional pad, as in the Xbox One Elite controller, while Sony’s DualSense maintains the DualShock 4 touch panel.

News
In addition to the aforementioned adaptive triggers, the two controls will have haptic feedback on their settings. “Háptico” is something related to touch and promises to be one of the novelties that will bring immersion to the new generation. The technology promises to convey feelings to players – if an item within a game is heavy, for example, or if a hit in a fighting game is weaker or stronger. All not only through vibrations, but also through pulsations, weight and other elements that make up the novelty.

Technical capabilities
In addition to the new triggers and haptic feedback, controls should reserve technical news. The Xbox Series X controller, for example, promises to feature a dynamic latency input, which should help people who play in the smallest details, such as fighting games, which rely on latency to deliver accurate strokes. In DualSense, a change: the “Share” button leaves the scene and the “Create” button enters. We don’t know yet how this new button will work, but it is possible to expect more news soon.

Power and charger
Both controls use standard USB C to connect to the consoles to charge any internal (PS5) or external (Xbox Series X) batteries. Microsoft’s controller will still use batteries as standard power, with the possibility of using its own battery, while Sony’s will have a fixed internal battery, in the same way as the current DualShock 4.

Communications
The two controls are wireless and communicate with the consoles via Bluetooth. In addition, the joysticks will also come with a headset jack, to facilitate communication between games. Apparently, the two devices will also work to play on the PC, due to the Bluetooth communication and the USB-C input, as well as the current joysticks of the generation.

Instagram CEO explains why they didn’t develop apps for iPad