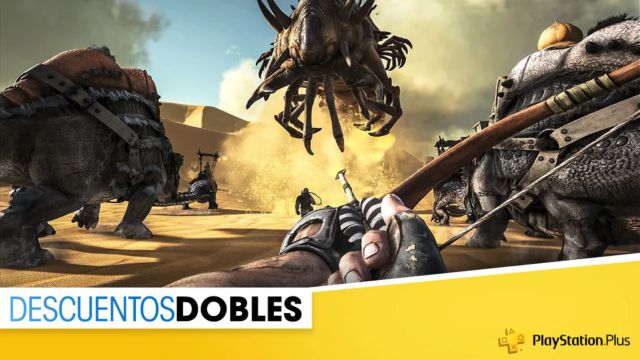 Sony confirms a new promotion with discounts on the PS Store. The procedure is simple: if you are PS Plus, the discount is double in many games.

Sony Interactive Entertainment has presented a new promotion through the digital portal PS Store for which it temporarily reduces dozens of PS5 and PS4 games. These discounts will be double if we are members of PS Plus, the PlayStation console subscription service for which we receive games at no additional cost every month and with which we can play online. Ark Survival Evolved, Marvel’s Avengers, and Star Wars Squadrons are just some of the featured games.

Let’s take several examples. As we see in the PS Store portal, games like God of War (19.99 euros) have a 25% discount (14.99 euros), but if we apply the additional discount of PS Plus (another 25%), it would stay at 9.99 euros. Others like F1 2020 have a 30% discount; in case of being members of PS Plus, it would amount to 60%. Next, we leave a list with the video games that take advantage of this double offer, especially interesting for subscribers to the service.

PS Plus already has 47.4 million subscribers worldwide, according to official data corresponding to the latest Sony financial report. This is a growth of 1.5 million in the last three months (half a million new members per month); Furthermore, 87% of PS5 users have an active subscription to PlayStation Plus.

PS4 and PS5: Double Discounts with PlayStation Plus (February-March 2021)