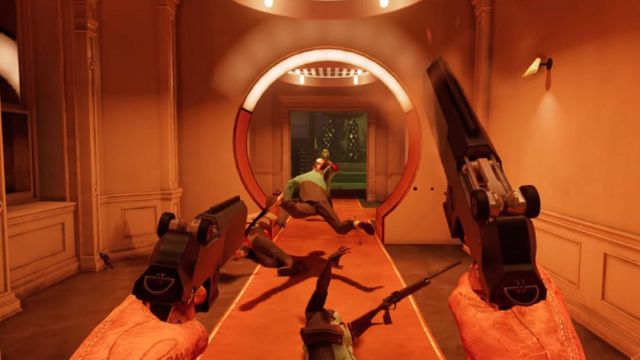 The new Arkane production will go on sale on May 21 as a temporary exclusive for the Sony console and PC.

Arkane Lyon, the creators of Dishonored, prepare for the arrival of their next original intellectual property. Deathloop will be released on PS5 as a temporary console exclusive, but also on PC, and will do so in a few months. Thanks to the video game’s product page on the PlayStation Store, some additional details about the title have been confirmed, such as that the shading will use ray tracing on the Japanese machine.

The new from Arkane will also introduce ambient occlusion, HDR and a resolution that will reach 4K. As if that weren’t enough, it will also work at 60 fps on PlayStation 5. As previously confirmed, Deathloop will use the special features of the DualSense to enhance its playability. In this way, adaptive triggers and haptic technology will be squeezed thanks to its new concepts. Each weapon has different triggers, which lock when the weapons jam.

The player takes the role of Colt, an assassin who seeks a way to escape a time loop that keeps him locked in Blackreef. To get out of his prison, the only way is to hunt down the eight ringleaders who have caught him. It will not be easy, because he must assassinate all the leaders or he will not be able to break the loop. The game reminds Dishonored of her use of wacky weapons and powers, which she will have to use to defeat his nemesis, a mysterious assassin known as Juliana.

Deathloop will be released on May 21 on PS5 and PC. Despite Microsoft’s purchase of Bethesda, Redmond will honor the exclusivity agreements signed prior to the acquisition. Similarly, Tango Gameworks’ Ghostwire: Tokyo will also be out earlier on Sony’s next-gen machine. Arkane is already part of Xbox Game Studios.

Jordan Peele’s New movie “No” Gets Universal Studios’ Own Attention On...