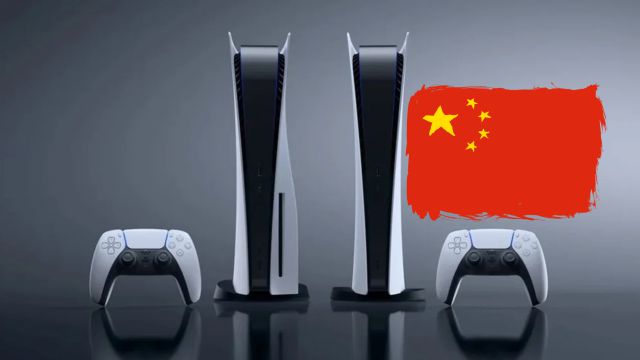 The Chinese version will surely have some kind of regional blockade when it comes to online services. China is preparing to receive PlayStation 5 officially, but it will not do so in the first months of 2021.

This has been announced by Sony Interactive Entertainment Shanghai in a video congratulating the new year starring President Tatsuo Eguchi, as well as the executive Soeda Takehito. The information has been collected by analyst Daniel Ahmad on Twitter.

According to Ahmad, PS5 received the green light to appear on the Chinese market last December, so it is currently passing the last stages of its approval process, as is its software. On the other hand, the version that will be marketed in this country will include some kind of regional block in its online services, at least during the launch.

Although the machine has not officially arrived, that does not mean that there are no Chinese gamers with the console. The importation of the product through the Japanese and North American markets is a reality. Regardless, Sony Interactive Entertainment continues to battle the console shortage. The coronavirus crisis has caused production problems, which has meant that only users who initially reserved the machine and those who got it in one of the few subsequent waves have been able to get one.

PS5 will receive its next big exclusive at the end of April 2021. Returnal, the new title from the creators of Resogun, was scheduled for March, but the studio announced that they needed more time to polish the product to the maximum. The launch windows for games as important as Gran Turismo 7, Ratchet and Clank: Rift Apart, Horizon: Forbidden West and God of War: Ragnarok (title not confirmed) remain in the air.

See Also
Christmas deals on PS5 and PS4: the best sales on games

Those who acquired PS5 at its launch were able to enjoy Demon’s Souls as its great exclusive, although Marvel’s Spider-Man: Miles Morales and Sackboy: A Big Adventure rounded out that initial catalog.

Open Source Blogging Platform Confirms That It Was Cyber Attacked