Home News PS5 can be used for difficult cryptocurrency mining 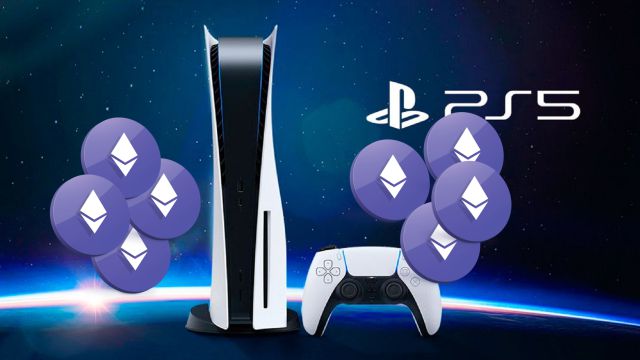 Although the console was not suitable for this use, it has been modified for this purpose, so that getting one may be even more complicated.

The launch of the new Nvidia graphics cards has come in a context where acquiring one has become a tortuous process due to a shortage of stock. In addition to the coronavirus crisis, stakeholders have encountered an additional problem: remittances are being acquired for cryptocurrency mining. Meanwhile PS5, Sony’s next-gen console, is also suffering from stock problems, but to date it was not due to cryptocurrencies. That could change as they have managed to modify the machine to be suitable for mining.

The architecture of PlayStation 5 was in itself compatible with this possibility. However, to date it had been impossible to use it for these purposes. All of that has changed since they have managed to mine Etherium, a type of Bitcoin.

Judging by the image, which you can see below these lines, the console reaches 98.76 MH / s and consumption is 211 W. Gadget Tendency affirms that the possibility that the console has not only been hacked, but also cannot be excluded. It can also be overclocked, since its performance should not exceed 50 MH / s under normal circumstances.

No normal flow of stock

PS5 went on sale on November 19 in Spain, but as in the case of Xbox Series X and Xbox Series S, the presence of consoles in digital stores has been testimonial. New reserves are opened periodically, which are exhausted in a matter of seconds. Some businesses have used their own methods to avoid fraud.

See Also
How to capture images on PS5? Discover an easier way

In fact, in territories like Japan there were bizarre moments, when a large technology chain announced that they would sell a shipment of PS5 in their store. How could it be otherwise, the situation culminated in crowds and the arrival of the police, who appeared at the scene with the aim of dispersing the mass of people.

How to know if you have Coronavirus or a cold ?