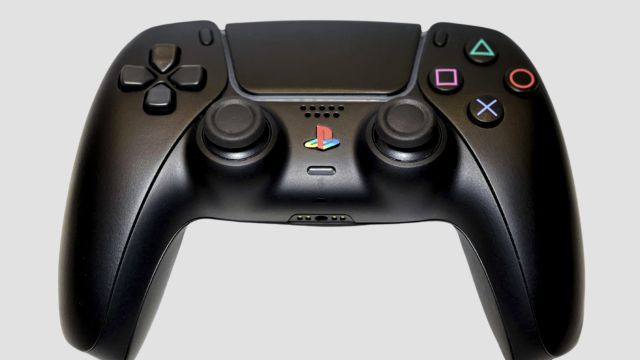 A company begins marketing black versions of the current PS5 controller with the PlayStation achievement with classic colors. 125 dollars.

The console customization brand CMP Shells has added a model of the DualSense controller (PS5) in black to its product list. The product, which is unofficial in nature, is based on a standard white DualSense, but applies changes to the chassis color and offers the classic color gamut for the PlayStation center button. Its price is between 115 and 125 dollars.

According to VGC, this black DualSense control bets on a matte color, so that the footprints are not as marked as in the plastics that are used repeatedly in consoles. The model without the retro logo is around 115 dollars (94.86 euros); the version with the retro logo is the one that amounts to those 125 dollars (103.11 euros), always talking about prices after applying taxes and shipping costs. Estimated shipping dates two to three weeks.

This company, CMP Shells (Customize My Plates), was officially called PlateStation5, but Sony took legal action alleging a nomenclature that infringed the intellectual property rights of the brand. They became known for customizing covers for the console.

The only official reference that Sony has made to an eventual black PS5 dates back to June 2020. The company, when asked about a possible black PlayStation 5 instead of white, like the current one, said that “perhaps ”Would happen in the future; just like the themed consoles. Nothing to announce on his part, however.

The sale of black PS5 consoles were canceled due to threats

Last January we learned that the story of the black themed PlayStation 5 by the SUP3R5 company did not come to fruition. Despite the initial success, those who bought units from this provider reported problems with payment methods, while those responsible for this product received serious threats from those who wanted a black PS5 and could not get it; there were very few units available.

See Also
PS5: How to have a chance to get the console?

SUP3R5 canceled all their commercial actions, assured that they would return the money and canceled their Twitter account. To make matters worse, some PS5 units of this company that did reach the initial buyers have ended up auctioned on sale portals such as eBay.

PS5 and PS5 Digital Edition are available worldwide, but their stock is extremely limited. You can check here the status of reservations in the main chain stores in Spain and how to know when there may be stock with different tools.