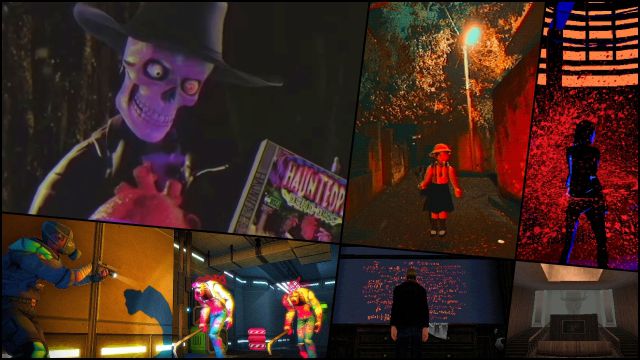 After the success of the 2020 edition, a new album appears to drag us back to nightmare worlds inspired by the 32-bit era

In February of last year appeared in Itchi.o what was called “Haunted PS1 Demodisk 2020”, a pack in which several independent creators joined forces and presented in a joint and unified way a compilation of diverse works with two common elements: aesthetics low-fi reminiscent of the 32-bit days, and horror, or at least a strange and haunting setting. Presented with a funny fake ad that emulated those of the time, the initiative was a success that served to make these groups visible. Just over a year later, the cursed disc returns with 25 new free short horror experiences that will delight those who fondly remember their times with Resident Evil, Silent Hill, Clock Tower and so many others.

As its name indicates, the “disk” (which obviously is not a physical disk or works on a Playstation) is composed of a downloadable 4Gb file for PC with an executable that will take us to an interactive space from which we can access the different experiences that are proposed to us. Like the previous one, the fan is very diverse and that allows him to play many styles; there is also a great variety in terms of production and finishing, as some exponents of the demo disc are finished and experimental products whose purpose was simply to be here, while others are truly demos of projects that are in development right now and that can be converted. in commercial titles or serve as business cards for their respective studies / authors.