Home Tech PS VR2 Is Uncovered In Images: This Is What Sony’s Virtual Reality... 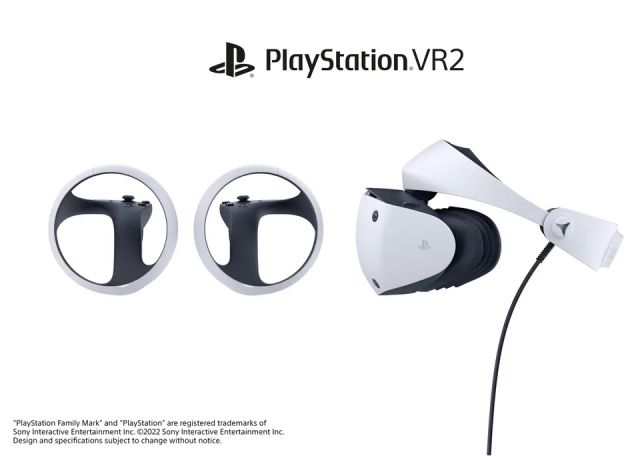 PS VR2: The new virtual reality glasses for PlayStation 5 still do not have a release date or an announced price. Sony Interactive Entertainment has shown a first look at PlayStation VR2, the new virtual reality glasses for PS5. The Japanese company has used its official blog to present the appearance of the device, although they have not yet shared the launch date or its official price. In addition to the hardware itself, they have also presented the controls.

“Today I am especially delighted to reveal the impressive new design of our next-generation VR headset, PlayStation VR2,” said Hideaki Nishino, senior vice president of the company. According to the manager, the Sense controls already appear with their final design. “You will notice that the PS VR2 glasses have a similar shape” to the controls. “The circular orb shape represents the 360 ​​degrees that players will perceive when they access the virtual world.”

Nishino comments that the design is also inspired by the look of the rest of the PlayStation 5 family. similarities in appearance. The console has “flat edges”, while PS VR2 has a rounded shape because “it is designed for constant use”, similar “to the rounded edges of the DualSense controller and 3D headphones”.

The importance of ergonomics

The main goal is to design a headset that is attractive for the “decoration” of the living room, while keeping players immersed in a gaming world. “We pay close attention to the ergonomics of the helmet and carry out extensive testing to ensure a comfortable feel for a wide range of head sizes.” VR glasses have an adjustable viewfinder, “which places the viewing area closer or further from the face.”

Comfort has been one of the important aspects, so they have added new features such as a lens adjustment dial. The slimmer design and “slight weight reduction” contribute to that goal.” We integrated a new ventilation design into the PS VR2 headset that we think users will enjoy. Yujin Morisawa, Senior Art Designer at SIE, led the PS VR2 headset design and explains why this is hands down his favorite part of the design,” he added.

How To Use Formulas In Google Spreadsheets

Joint Solution To The Global Chip Crisis From Sony And TSMC