Home Entertainment PS Plus subscribers should not ignore TOEM 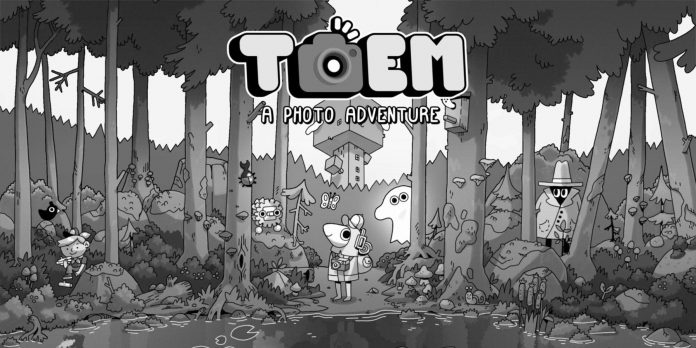 The PS Plus Essentials level, an entry-level subscription to the Sony PS Plus service, turned out to be a success. Some months have been significantly better than others in terms of quality, and on paper it doesn’t seem that the PlayStation Plus lineup for September is particularly strong with Need For Speed Heat, Granblue Fantasy: Versus and TOEM. Need for Speed is a franchise that has become a thing of the past in the eyes of many, and the other two games are little known. However, high-quality indie games tend to go unnoticed, and TOEM falls into this category.

TOEM, developed and published by Swedish independent studio Something We Made, is a simple and stylish game that received rave reviews when it was released last year. It tells the story of a cute inquisitive protagonist who wants to climb a mountain to witness the mysterious phenomenon of TOEM. To do this, he must travel to different zones, take photos and collect stamps until he gets to the top. TOEM is a unique experience that provides a short respite from the world of exciting and adrenaline—fueled video games that people are often used to.

TOEM is a refreshing change of pace

Games such as modern Assassin’s Creed games are often excessively long and may seem bloated, so bringing such a game to its completion requires a huge amount of time and effort. TOEM is at the other end of the spectrum, as it can be completed in one sitting. There’s something refreshing and healthy about this skew that really adds to the charm of TOEM.

Photography is the main element of the game, and users are primarily asked to take several different photos. Although this is not a new concept, as there are many other video games based on photography, such as Pokemon Snap, the simple black and white visuals of the pop-up books are unique and full of small details. Gamers are given tasks to complete in each zone, from photographing certain things to simple quests that will help them progress. While the game is being played from a third person, switching to camera mode switches to a first-person view. There is nothing complicated about this, since even photography is a surprisingly simple mechanic.

TOEM’s non-player characters are charming and lively, and they all have something to say. The game never asks players to speed up, everything can be done at a calm pace, without the emotional experiences characteristic of video games with a lot of action, such as Uncharted. This works in harmony with the game’s soundtrack, which sounds very calm throughout the game.

Not every game needs to be a Dark Souls-style skill test or a high-octane Bullet Hell title like Doom. This is something that TOEM is all too aware of, and offers the player a more therapeutic alternative. While it’s certainly not for everyone, the developer of Something We Made has created a rich, detailed world full of funny characters and quests. For what is essentially a black and white pop-up book, this is a real feat, and PlayStation users should not miss the chance to check it out while the game is available for free at the PS Plus Essentials level.

TOEM is already available for PC, PS5 and Switch.