Home Entertainment PS Plus subscribers can get free MultiVersus content 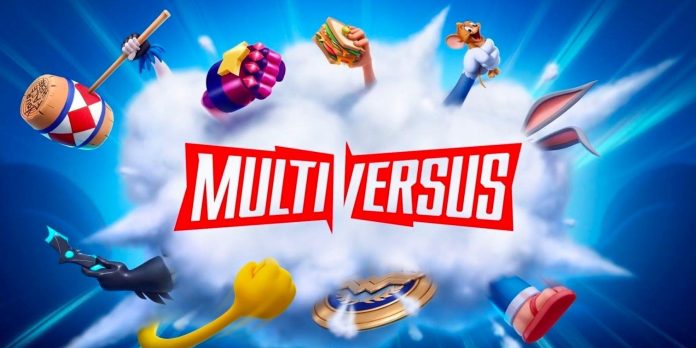 MultiVersus, the new Warner Bros Interactive platformer, has just launched open beta testing and caused a real stir in the world of fighting games. Its free model has made MultiVersus one of the largest fighting games ever launched, offering many paid and unlockable ways to customize the composition of the game. PlayStation fans who are also subscribed to PS Plus have the opportunity to get a free MVP kit with a special costume for Reindog, one of the default fighters in the game.

Following the success of platform action movies similar to Smash Bros, in the spirit of Nickelodeon All-Star Brawl, Warner Bros has released Multiverse, a fighting game with characters from Looney Tunes, DC Comics and even Game of Thrones. MultiVersus stands out among other premium fighting games with its free model and monetization scheme. Players can either grind to unlock new characters, or buy the in-game currency Gleamium for real money to unlock more of the list and additional cosmetic kits. However, PS Plus subscribers can now unlock one personalization package for free.

To celebrate the launch of the open beta version of MultiVersus, fans who have subscribed to the PS Plus Essential base level can unlock the MVP set in the PlayStation Store. The MultiVersus MVP package contains a variant of the Battle Reindog look, a dark matter effect and a waterfall banner. The Reindog skin is, of course, exclusive to Reindog; however, the bell effect and the waterfall banner can be worn on any fighter. We hope that PS Plus subscribers will be able to expect more free MultiVersus cosmetics in the future, just like in other free games.

Currently, the MultiVersus PlayStation Plus MVP Pack is only available to PS Plus subscribers who do not have the opportunity to purchase items individually. However, due to the cross-development system of the game, any fans who own both PlayStation and PC/Xbox can buy an MVP package and transfer it to another platform. To get more skins, characters and general cosmetics, fans can purchase the Multiverse Founder’s Pack or the Deluxe and Premium versions. All of this includes a treasure trove of character unlock tickets, Gleamium, and a pre-season battle pass.

So far, it seems that MultiVersus is off to a good start. The WB platform fighting game was one of the biggest PC fighting game launches, and a number of leaks detailing the characters that will appear in MultiVersus caused fans to worry about its future. With a roster of characters including LeBron James, Batman, Tom and Jerry, and even the rumored appearance of Ted Lasso, MultiVersus could be a fighter worth keeping an eye on.

MultiVersus is available in open beta on PC, PS4, PS5, Xbox One and Xbox Series X|S.

Wells Adams Says Less will be “cut out” of Season 8...