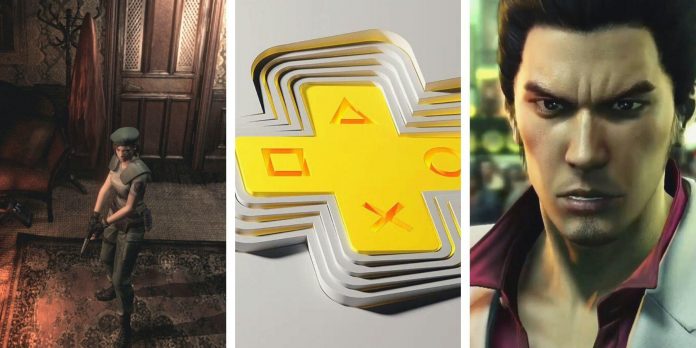 At the time of the premiere in June, one of the main advantages of PS Plus Premium was the collection of games for PS1, PS2 and PS3. Sony admitted that it would not be able to include many launches in the service on the first day, but its set of old games was enough to excite fans. Although it didn’t have the Xbox Game Pass reputation yet, PlayStation owners were anticipating the thrill of an equally excellent PS Plus Premium subscription service.

While Xbox Game Pass is known for its first-day releases and premium games, PS Plus seems to favor older games. Starting with Star Wars: Jedi Starfighter and ending with Rogue Galaxy and the original Resident Evil, PlayStation Plus Premium had some of Sony’s best games of the late 90s and early 2000s on launch day. Since then, PS Plus has been ignoring the classics in favor of reliable offers that ultimately attract a limited audience and do not attract new subscribers.

RELATED: PS Plus Extra and Premium are Starting to Install the Template

August PS Plus Premium games are not impressive

Despite the fact that the initial offers of the service give hope to retro gamers, the August new games for PS Plus seem to continue the disappointing trend. New games include Bugsnax, Tom Clancy’s Ghost Recon Wildlands and a trio of Yakuza games: Yakuza 0, Yakuza Kiwami and Yakuza Kiwami 2. For fans of online multiplayer, the popular horror game Dead by Daylight was also added this month.

The two Kiwami games give some hope to fans of the classics, as they are remakes of the first Yakuza games for PS2, but they are not really retro games. Sony owns a significant collection of games for PS1, PS2, PS3 and PSP under the auspices of its studios. PS Plus wouldn’t have to pay a dime for this content, but it decided not to include additional options.

There were also concerns about retro games that are already available on PS Plus Premium. Sony has a shaky history with backward compatibility and can disable the service at any time. Fans have understandably been concerned about losing access to their favorite games, and PlayStation has also yet to introduce trophy support for retro games on PS Plus, leaving subscribers wanting more.

PS Plus should offer the best price

The future of PS Plus remains hazy. Sony won’t include first-day releases in PS Plus Premium, but the last few months show that it won’t be focusing on retro games either. Sony has been playing the deck against it from the very beginning, given the quantity and quality of games that Xbox Game Pass Ultimate offers, which makes it difficult to create a competitor. The problem is not that Sony has a bad plan, but that there seems to be no plan at all.

With very few new releases available and a seeming reluctance to rely on the classics, PS Plus Premium seems aimless. If Sony does not invest in the best modern games, there is an easy way forward, which Nintendo Switch Online has already demonstrated. Although the number of games available is limited, Switch Online offers classic NES and SNES games that can’t be played anywhere else, at a very low price. Anyone who has a desire to play games since childhood should subscribe to the Nintendo service, and a higher level even includes games for the N64 and Sega Genesis.

PS Plus Premium faced a difficult task — to become the last subscription service launched for major consoles, even if it had a previous iteration. He has to fight with more famous names and convince people that it’s worth paying for Premium. Sony has a chance to stand out from the Game Pass, relying on the nostalgia that gamers experience for their favorite childhood games, but it needs to demonstrate its commitment to retro games as early as possible.

MONSTA X Shows Their Versatility With Music Video For One Day