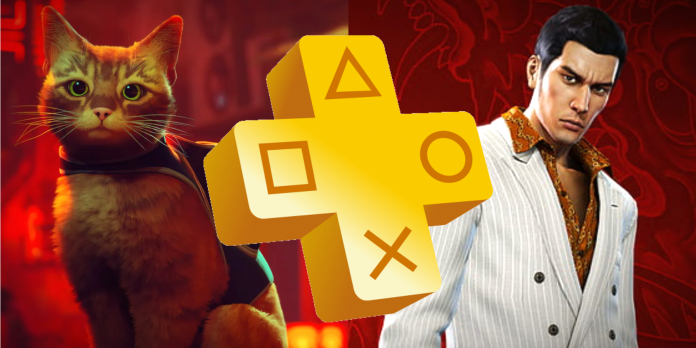 Although the dust around Sony’s rebooted PlayStation Plus is still settling, the multi-tier subscription service has already achieved decent success. Games like Stray, in particular, have helped shed light not only on its benefits, but also on its long-term viability. Considering that franchises such as Assassin’s Creed and Yakuza have already found a home at their Extra and Premium levels, it’s easy to imagine the growth in the number of subscribers to the service.

Despite the fact that the new version of PS Plus, admittedly, is only three months old, some trends related to the Extra and Premium options have already begun to manifest themselves. Given how Sony maintains a solid routine when it comes to the renamed Essential tier, it goes without saying that PS4 and PS5 owners can count on them to become the norm too. With this in mind, fans should keep a few things in mind when browsing the service’s libraries.

PS Plus Update on Tuesdays

When news of Sony’s PlayStation Plus plans first hit the internet late last year, most of its key features leaked simultaneously. For example, a multi-level approach to content was just one of the points that the publisher confirmed a few months later. However, other important factors, such as when subscribers can expect new content to become available to them, remained in the air. Even when Sony lifted the veil on the service during its global rollout in June, it was still not entirely clear when the Extra and Premium levels would be updated.

Now that the PS Plus Extra and Premium levels are going to be updated for the second time, it looks like Sony has finally decided on a specific moment in the month when these updates will occur. This is due to the fact that the first update of both levels on July 19 and the second update on August 16 have important common features. Although it may not be obvious at first glance, both dates are actually the third Tuesday of the respective months.

It is safe to say that Sony did not choose these dates by chance. Although it was assumed that the first update was tied to the release date of Stray, a pattern has now been established indicating that this is not the case. Unlike competing services like Microsoft’s Game Pass, which is updated within a month, it looks like PS Plus will be more regulated. At least for now, fans can mark the third Tuesday of every month as the moment when they are most likely to receive new content for the game.

One of the most important factors supporting the idea that PlayStation Plus Extra and Premium will adhere to this model is the third level to which subscribers can buy a subscription. As the name suggests, the Essential level of the subscription model is, in fact, a version of the service that fans have had access to for many years. Sony may have given it a brand new nickname, but its monthly games and core features remained intact after the reboot. When considering other levels of service, it is important to remember that its release schedule is also maintained.

Although there have been occasional exceptions, Sony has stuck to a strict release schedule for the subscription service since its launch. For example, when it debuted on the PS3 in 2010, monthly updates were sent to subscribers on the first Wednesday of the month. However, it has recently become common practice for Sony to release these updates on the first Tuesday of each month. Part of the logic seems to be that PlayStation Store customers are more used to the updates that happen every week on Tuesdays.

Adhering to this precedent, despite the PS Plus reboot, it goes without saying that the pattern that was observed at the Extra and Premium levels will also persist. Tuesdays are clearly the day Sony thinks it gets the most out of subscribers, so adding another one to the list could cause confusion. As an additional consequence, a slight separation of the more expensive tiers from the Essential option will allow Sony to focus on its established model when necessary, protecting the subscribers it has already conquered and around which it has built an ecosystem.

Differentiating each of the PlayStation Plus levels like this is a reasonable bet on Sony’s part, to the point where it’s easy to see a continuation of Tuesday’s separate pattern. Despite the fact that all levels of Essential, Extra and Premium are focused on games, the publisher still made each of them unique. Giving all three sufficient space, especially in the early days of the reboot, will allow Sony to better demonstrate its respective advantages. At least, provided that it can solve problems such as the fact that the classic Premium-level library had only three add-ons after launch.

Nothing will Launch Its First Phone on July 12: Here’s What...