Home Science Proxima Centauri, the Closest Star to Earth, Confirmed to be a Planet 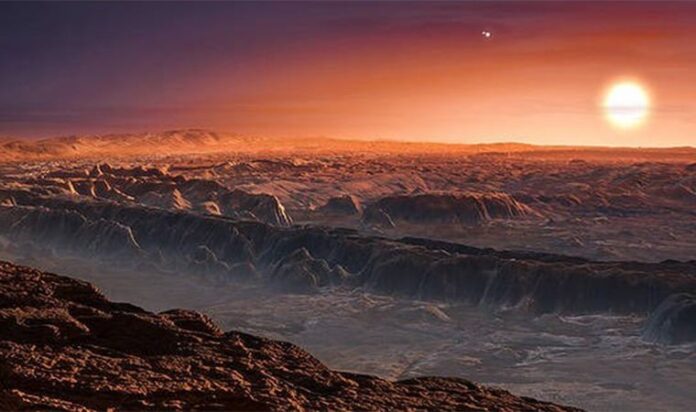 An international team of scientists, including researchers from the University of Geneva (UNIGE), has confirmed that there is a planet near Proxima Centauri, which is known to be the closest star to the Sun, although it is too dim to be seen with the naked eye.

Proxima Centauri, a star 4.2 light years away from Earth, has a mass of only 12 percent of the Sun. An international team of scientists, including researchers from the University of Geneva (UNIGE), has confirmed the existence of the planet Proxima Centauri b around Proxima Centauri with their latest work.

The planet, which was observed with the help of a spectrograph called ESPRESSO installed in Very Large Telescope in Chile, was first discovered by the European Southern Observatory in August 2016. Researchers investigating Proxima b’s potential to support life suggested that the planet could possibly be the closest place to life to the Solar System.

Professor of the Department of Astronomy, UNIGE Faculty of Science. “We were delighted with the performance of the HARPS spectrograph, discovering hundreds of other planets over the past 17 years,” says Francesco Pepe. It is very important for us that ESPRESSO performs even better measurements. Our discovery is the result of a team work lasting 10 years. ”

It is a long time debate whether Proxima b, which is about 20 times closer to its star than Earth, is a habitable planet. Although Proxima b is an ideal candidate for biomarker research, much more research is needed before scientists can make solid predictions that there is life on the surface.

However, the researchers hope that the planet will be able to study it in the distant future by robotic discovery tools. Proxima b, whose main star is a red dwarf, is almost beaten by X-rays. Whether there is an atmosphere that protects the planet from these deadly rays is a mystery.

“If there is an atmosphere here, does it contain chemical elements such as oxygen that support the development of life? If there is life, how long has it been? We hope to answer all these questions with the help of instruments such as the RISTRETTO spectrometer we will produce specifically to detect the light emitted by Proxima b and the Extremely Large Telescope (ELT) that the European Southern Observatory (ESO) will build in Chile. ”