Home News Protesters for and against Trump clash in San Diego 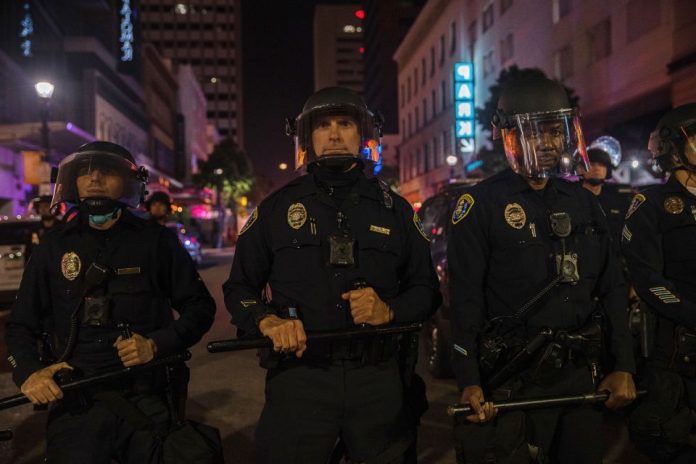 Protesters for and against President Donald Trump clashed with each other and with police officers in Pacific Beach, San Diego and at least three were arrested for refusing to leave the scene after “due to acts of violence” declare the meeting illegal.

With the seizure of Congress in Washington by Trump supporters this Wednesday still fresh in memory, Trump supporters participated Saturday afternoon in a “Patriotic March” in defense of “our republic, our Constitution and our freedom.”

According to local television channels, anti-Trump groups summoned people to appear in the same place to prevent the “fascist demonstration” and the two groups ended up in a fight, so the police had to intervene to separate them and then to drive them away. of the place.

When rocks, bottles, pepper spray and other objects are thrown or used on our officers, actions will be taken against those who commit violent acts.

According to the San Diego Police Department, protesters threw rocks, bottles, eggs, and other objects at officers and peppered them. In their messages, the police did not specify if it was only one of the groups or both that attacked the riot police sent to the scene.

About three hours after the start of the demonstrations, the police managed to completely evacuate the area. “We will always facilitate peaceful protests, but we will not tolerate acts of violence,” police wrote on Twitter.

We will always facilitate peaceful protests. However, we will not tolerate acts of violence.

A police spokesman told the local NBC network that three people were detained. The San Diego Union-Tribune newspaper estimated the number of protesters on each side at around 100 and stated that it took the police “hours” to control the situation.

Some of the anti-Trump protesters wore T-shirts with legends from the Antifa organization and the Black Lives Matter movement.

According to the newspaper, the “Patriotic March” had been called for days before the takeover of Congress in Washington by Trump supporters.

The congressional assailants had previously attended a rally in which the president urged them to march to the Capitol, where at that time the two houses were holding meetings to certify the victory of Democrat Joe Biden in the November elections.

Democrats and Republicans have held responsibility for what happened to Trump, who claims without evidence to have been the victim of an electoral “robbery” and may face impeachment in Congress before Biden takes office on January 20.