Home Science Protein Found in a Sky for the First Time 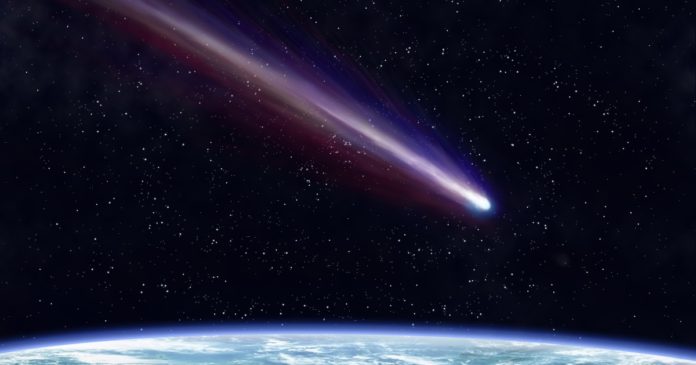 Scientists discovered protein in a sky for the first time. The protein called hemolithin contains iron and lithium. This protein can play a role in the formation of life on habitable planets like Earth.

Scientists from Harvard University discovered protein in a celestial stone called Acfer 086 in Algeria in 1990. The protein found in the sky stone was named hemolithin. It was determined that the protein consisting mostly of amino acids is covered with iron, oxygen and lithium atoms. Although the components that make up the hemolithin are also observed separately on Earth, they were not observed in this particular order before.

It is thought that the building blocks that make up the hemolithin begin to accumulate in space and combine the protein due to the effect it creates. Amino acids that make up proteins have been found in many celestial stones in the past. Organic substances and certain shaped molecules, which are precursors to amino acids that are important for life, have never been detected before in the sky.

Although amino acid is an important development in sky stones, it is a much more important development that a protein was discovered. Exactly how hemolithin occurs has not been found yet. However, the researchers think that the amino acids on the surface of the meteorite are formed one by one. Amino acids that are formed independently of each other may have formed proteins after they are connected with polymer chains.

The presence of hemolithin in the sky stone alone does not constitute evidence of extraterrestrial life. However, important information about how life might have started on habitable planets like Earth can be obtained through this protein. The atomic groups at the ends of the protein can form a type of iron oxide known to absorb photons of light and split water into hydrogen and oxygen.

Julie McGeoch, one of the researchers who discovered the protein in Acfer 086, said that a process similar to the start of life on Earth could be similar processes to other planets in the Universe with proteins like hemolithin.

The Backboard that Circles Every Basket Ball You Throw (Video)