Home Science How to Protect the World-Wide Concerned Corona Virus? 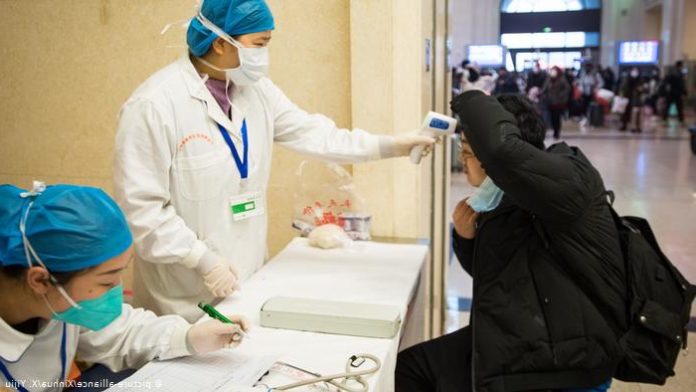 Corona virus, which is transmitted to 830 people in China and detected in a few people in America and Europe, has worried people around the world including our country that does not pose a risk. Speaking about the virus under control, Assoc. Dr. Gülçin Alp Avcı transferred the ways of virus protection to citizens.

The new type of corona virus, which is also known as the “Wuhan virus” due to its origin, has become a major threat in China, and has also emerged in Europe. An official statement indicating that the virus is not present in Konya, Turkey came to the corona virus diagnosed with a Chinese woman allegedly hospitalized was cause for concern in our country.

Despite the fact that it does not pose a risk in our country, Assoc. Dr. Gülçin Alp Avcı talked about ways to prevent corona and similar viral diseases. Hitman University Faculty of Science and Literature, Molecular Biology and Genetics Department Faculty Member Medical Microbiology and Virology Specialist Avcı, fell in a note to explain that there is nothing to worry about.

Genetic affinity with SARS virus
Stating that the Corona virus is connected to a large family of viruses that trigger respiratory diseases, Assoc. Dr. The hunter said that the transmission of the virus certainly did not result in death; however, he stated that it poses a great risk for people susceptible to the disease with the following words:

“The infection they cause can mostly heal spontaneously and spontaneously, as well as a fatal course due to severe respiratory failure and involvement in other organs (kidney, liver, neurological systems, etc.), especially in individuals with weak immune systems or underlying chronic diseases. The name of the virus, which is now expected to make an epidemic with fear, is defined as ‘new corona virus (2019-nCoV)’. We have previously encountered this virus with other corona viruses in the same family. We remember MERS and SARS viruses, which are encountered with serious clinical pictures and are transmitted by international travel. In recent comments, it is reported that especially the SARS (SARS-CoV) and the new corona virus (2019-nCoV) are genetically similar to 70 percent. ”

An ‘zoonotic’ virus that passes from animals to humans
“Like some other viruses,” corona viruses “are also zoonotic. They show transmission between animals and humans. Many studies have shown that SARS-CoV is transmitted from cats to humans and MERS-CoV from single humped camels. A few known corona viruses are seen only among animals without infecting humans. ” Dr. Avcı explained that the virus was caused by respiratory diseases in people selling animals in high-populated China.

“Strengthen your immune system to be protected”
Stating that 26 of the 830 people infected with the virus in China died and these 26 people have chronic diseases, over 65 years of age, Assoc. Dr. Hunter; He stated that the diseases that the virus can bring can be overcome with a strong immune system. Regular hand washing, hygiene, developing depending habits, prudent way to approach people with symptoms such as sneezing, coughing, and doctors saying that provide protection from pandemic with steps towards improving the immune system, as long as people over 65 be cautious conveyed to the citizens there would be no case to worry about in Turkey.

A ‘Binary Asteroid System’ Passing Near the Earth was Detected

NASA Closes Spitzer Space Telescope That Changed Our View Of The...