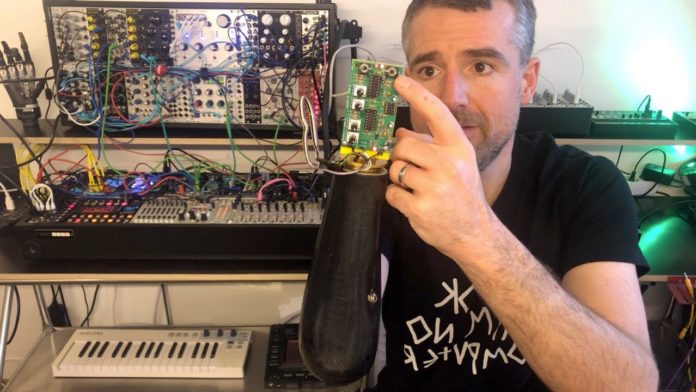 Bertolt Meyer, who served as professor of psychology, succeeded in using the musical instruments with brain signals by replacing the prosthesis on his left arm with a chip. The technology Meyer has developed with engineers can be used in different ways by people who use dentures.

Bertolt Meyer, who is a professor of psychology at Chemnitz University of Technology, has transformed the prosthetic arm into a special prosthesis that can use musical instruments by transmitting brain signals with the changes made in the prosthesis instead of his left arm.

Bertolt Meyer was born without his left lower arm. Meyer is currently using a high-tech prosthesis that can convert electrical signals from her muscles into wrist and finger movements. With the prosthesis named i-LIMB, Meyer is able to make daily work easier.

Meyer, a DJ with a prosthetic arm, realized that he could not use the small dials he used to make music with the prosthetic arm. This led to a different idea in Meyer. Meyer removed the handpiece of the prosthetic arm and replaced it with a chip that could control musical instruments with nerve signals.

Bertolt Meyer worked with engineers from music equipment studio KOMA Elektronik to place the chip he designed into the handpiece of his prosthesis. The developed chip enables the control of musical instruments with nerve signals. The chip in question was called SynLimb.

Bertolt Meyer can now successfully use SynLimb. Meyer is able to make music as he wishes by controlling the chip that the prosthetic hand can replace by means of nerve signals. A video about the development of the prosthetic chip called SynLimb and how it works has also been published. The published video shows how the chip works along with the development process of the chip.

Kourtney Kardashian Spoiled by her Children for Valentine’s Day

iPhone 12, only one model will benefit from 5G speed

Sommer Ray reveals how she does it … and how well...

Apple donates $50 million for independent musicians affected by the outbreak

How many people use the internet in the world?