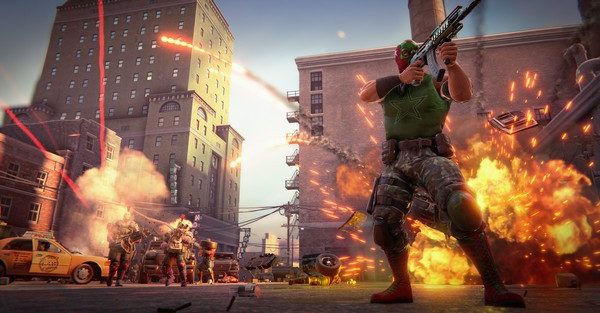 Deep Silver has released the promotional video of the highly anticipated new game Saints Row: The Third Remastered in the Saints Row series. The production, which will be a revised version of the third game of the series, will be presented to the players on May 22.

The Saints Row game series, which was released for the first time in 2006, has managed to win the admiration of many game lovers with the sequel games published since its release. We have learned in the past few months that the series of games, which was especially successful with Saints Row: The Third, published in 2011, will appear with a new game.

At this point, the publisher firm Deep Silver has officially announced Saints Row: The Third Remastered, the highly anticipated new game of the Saints Row series. This production, which will be a revised version of the game published in 2011, will be presented to the players on May 22, 2020. If you wish, let’s take a brief look at the promotional video published before moving on to the topic of the game.

Released for the PC, PlayStation 3 and Xbox 360 platforms in 2011, Saints Row: The Third was a GTA-like game blended with humor. In the third game of the series where we control the leader of the street gang Third Street Saints, which took over the Stilwater region, we found ourselves in a robbery as soon as the game started.

Even in his first scene, Saints Row: The Third, which managed to enchant the action buffs, was a unique game with the handling of events and the way things were handled. The game, which made the producer company smile with its positive reviews and sales figures in those years, is now returning with its remastered version to meet the fans of the series again.

If there is no delay for PC, PlayStation 4 and Xbox One consoles, Epic Games will be distributing the game on PC front on May 22, 2020.

Traces of the big event Satoshi period Bitcoins were traced