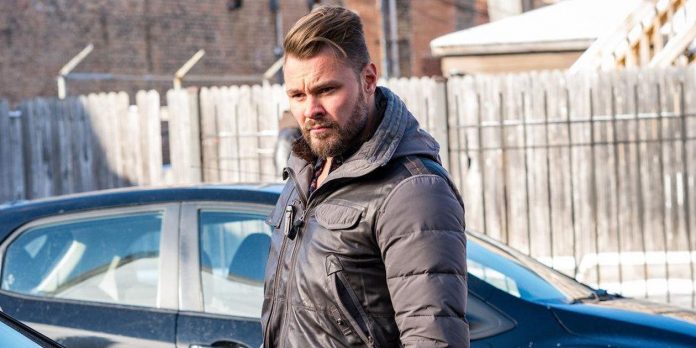 The new Chicago P.D episode titled “Instinct” has Officer Adam Ruzek (Patrick John Flueger) working to take down a drug dealer with the help of a potentially dishonest informant.

Chicago P.D fans will recall that “Equal Justice” had Jay Halstead (Jesse Lee Soffer) working against a drug dealer while collaborating with his own man on the inside.

So what will make these episodes different from each other? We’ll have to watch the full installment this week to find out, but at least it’s more screen time for Officer Ruzek.

Most of what has covered his story in Chicago P.D’s eighth season has been his relationship, unofficial as it is, with ex-fiancée Kim Burgess (Marina Squerciati). We haven’t seen any professional development for him.

Hopefully Ruzek’s case will end better than Halstead’s. And will “Instinct” give OneChicago fans an update on Burgess and Ruzek’s situation, as it looked like they were on the rocks after Burgess decided to become a foster mother without consulting Adam?

Sadly we didn’t get any reference to that last week so there is no clarity on what is going on with them and this would be a good time to at least bring it up to Chicago P.D fans.

On the other hand, episode 7 of season 8 of Chicago PD, was recently published by NBC and explains that after a series of deadly ambushes, the team goes undercover to take down a dangerous new drug dealer who is determined to take out to the competition.

In turn, Ruzek’s informant turns out to be a loose cannon that could disrupt the entire operation. What will happen between Burguess and Ruzek? Will the growing problem with the false informant be solved? Chicago P.D fans will have to wait for the premiere of the new episode to find out.