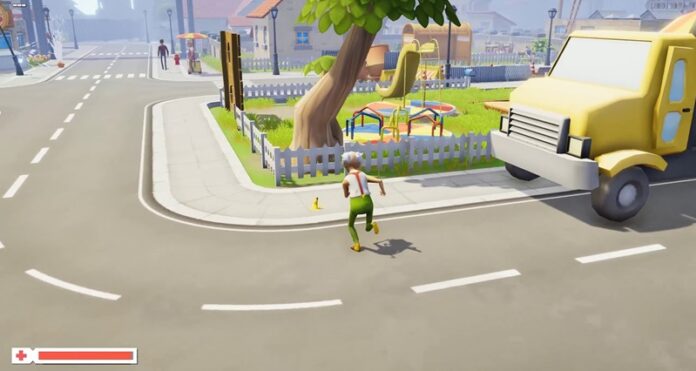 Just Die Already: Old People Mayhem Sandbox attracted attention within minutes with its promotional video. In an unknown future, you might be the old man who wakes up naked amongst sharks on the edge of a city.

On the one hand, dead sea creatures, including large and very wild-looking sharks, on the one hand, a city that can be predicted to be large and crowded, and an old man in the middle of all this. It is also remarkable that the man is naked but censored. The video doesn’t give much information about the game itself, but we can learn something about this interesting game from Steam.

With Just Die Already, you can live the life of a retired elderly in an unpleasant future. This is an accepted fact that in the future, ungrateful millennium children are engaged in video games rather than getting a job or having children. Therefore, in this time period, there is no one to pay you to spend your old years.

It is very difficult to withstand these financial conditions, so you are expelled from your home and forced to defend yourself in the streets. You are unlikely to even get a job at a grocery store. Instead, you’ll have to do dangerous missions to explore the world and get ‘retirement tickets’ that will give you free maintenance in your declining years.

For the game on Steam; “You are now an old man. You are angry, fragile and poor, and of course you hate the world. It’s a dream that you don’t even know you’ve had until now. Finally, you have a common aspect with your grandparents. Enjoy being old and glass, everything can break you and you can break everything. ” It said.

If you think that Just Die Already is similar in appearance and subject to Goat Simulator, you are not mistaken. Both of these strange games were designed by Coffee Stain Studios. The game is expected to be released this summer.

Apple doesn’t allow its products to be used by villagers in...