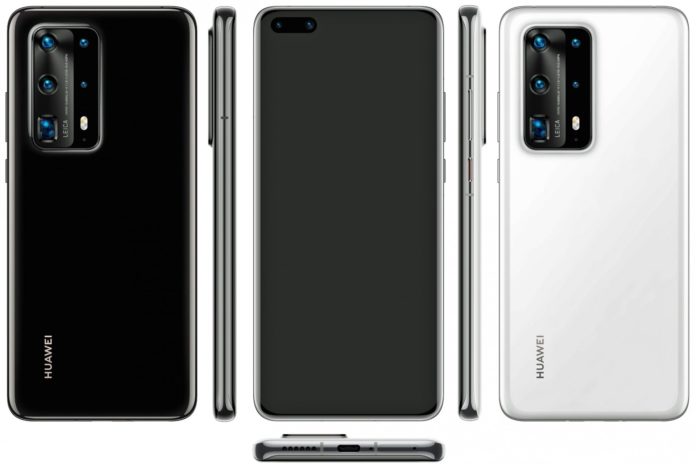 The Huawei P40 Pro appeared in detail before launch. The leaked promotional video of the phone reveals that it will come with a curved screen on all four sides. We will be able to see the response of this design to consumers after the launch.

Huawei’s new flagship P40 series will be unveiled at the launch event on March 26. P40 Pro, which will be the strongest member of the Huawei P40 series, appeared in a promotional video that appeared before the launch.

In the images, the four sides curved screen of the P40 Pro stands out. While the sides of the phone are more curved than the top and bottom, the four-sided design offers a distinctive and pleasant appearance. The video also showed the camera lens, but it didn’t offer much more.

It is known that the Huawei P40 Pro will be powered by the Kirin 990 processor. The phone is expected to have 8 GB of RAM and 128 GB of internal storage. It is also among the information that the device will support 40W fast charging. It is also predicted that the P40 Pro will come with an OLED Quad HD + display that offers a 120 Hz refresh rate.

In the previously leaked images, it was claimed that Huawei’s new flagship would come with a five-camera setup, as you can see above. The P40 Pro’s cameras are said to include a 52 MP main camera, a 40 MP cine camera and an 8 MP telephoto module with 125 mm lens.

The “VisionaryPhotography” label in the launch image published on Huawei’s official site reveals that the P40 series will come with a new high-end camera technology. However, it is not possible to make any predictions about this camera technology for now.

GRIMES AND ELON MUSK COULD BE WAITING FOR A BABY

‘Electronic Nose’ is Being Developed That Can Detect Diseases in Airplanes

One Fish Sold at Auction for 193.2 million Yen