Home Entertainment Project Zomboid, PC review. Death Is The Least Of Your Problems 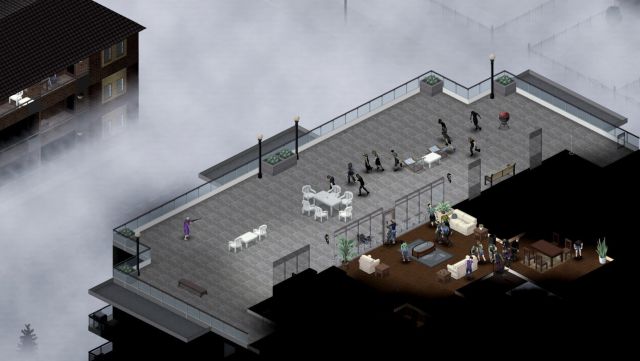 Project Zomboid: We analyze Project Zomboid for PC, a simulation game that demands all the player’s senses. Life itself if zombies existed. Undetermined year, state of Kentucky. A legion of the undead becomes strong in this American commonwealth besieging the few survivors who are still watching over their lives locked up in their homes or hidden under any other place that serves as a refuge. Danger lurks around every corner, zombies are cunning, and survival is only guaranteed if we play our cards right.

We are talking about Project Zomboid, a video game released in 2013 in early access format —which has not yet come out— that tries to emulate these same conditions described in the previous paragraph with a truly terrifying closeness. If you like simulation games with a high degree of realism, in addition to these “nice” beings, keep reading because it is very possible that what comes next will catch your attention.

There are zombie video games kicking around, another string of management games and another stream of survival games. But one that combines them all? Yes, we may be able to catalog a title that brings together the best of these genres, but from there to making you rack your brains like Project Zomboid, none. Surely you’ve already shot hundreds of zombies in World War Z and even escaped from some evil beast in the Resident Evil saga, but oh my friend, The Indie Stone is a barbaric thing.

Forget about pausing the game to go to the bathroom, leaving your character in a corner to answer a WhatsApp or explaining in real time how the video game works to the annoying neighbor. This is extreme simulation. Hardcore rather. Project Zomboid is a kick in the bass or a reality slap, choose the term you like best. As long as, of course, zombies existed and took to the streets to claim a good plate of raw meat.