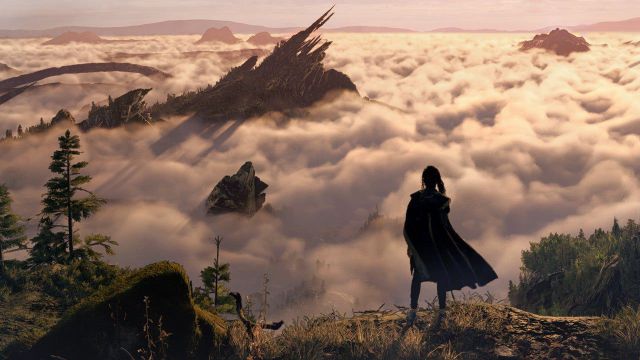 Forspoken is the official title of the hitherto known as Project Athia. Square Enix reveals new scenes and its protagonist in a trailer.

Square Enix reveals Forspoken, the definitive name of the title known until now as Project Athia. The new work of Luminous Productions for PS5 and PC presents a new trailer where we can see unpublished real-time scenes, in addition to meeting its protagonist.

This is Frey Holland, the protagonist of Forspoken

Frey Holland, the protagonist of Forspoken, will be played by actress Ella Balinska. The British is known for her participation in feature films such as the latest installment of Charlie’s Angels, A Modern Tale and 10 Men & Gwen, among others. Balinska has done both motion capture and full dubbing of her alter ego.

“Frey is a character that I immediately connected with when I entered the project. I have had a lot of fun working with the team to bring the character to life ”, explains the actress during the trailer, which you can see at the top of this news. Balinska notes that she has been “really exciting” to be able to be a part of Forspoken.

Welcome to the world of Forspoken.

During the video we can see the graphic muscle that she has characterized since her revelation. We see Holland travel across the stage at lightning speed; the control seems quite agile, which will be accompanied by climbing movements. The seconds that she lets see of the combat augur the use of magic from the palm of her hands. Supernatural enemies, modified animals … variety seems to be served.

The Japanese publisher once again insists on its launch framework: 2022. It is expected that its arrival will be simultaneous on PS5 and PC, although more details have not been shared. In the official description of her we can read that the young woman must “master her magical gifts to survive in the fantastic and dangerous world of Athia”, a game that they describe as “a new narrative adventure”. We will have to wait for the next news to learn more about her offer.

GTA V: minimum and Recommended Requirements to run on PC