Home Entertainment Project 007: 10 Things We’d Like to See in the Upcoming James... 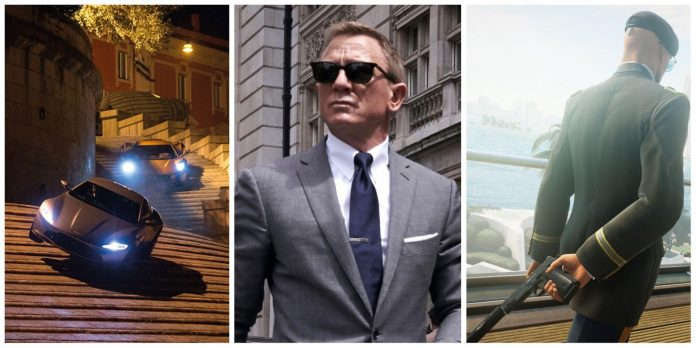 Out of the blue, IO Interactive announced that they are working on a new James Bond game, currently called Project 007. Although several James Bond games have been released in recent decades, only Goldeneye on the Nintendo 64 really met the requirements. the amazing potential that the franchise offers.

As a leading developer of stealth games, IO Interactive and the James Bond franchise look like an alliance made in heaven, however, simply cloning the “Hitman template” and bringing Bond to the forefront will not help, since there are a number of things they are going to do absolutely right. Here are some things we would like to see in the new game.

The original Hitman games, which formed the basis of one of the world’s most popular video game movies, gave a little more freedom with the level of tricks needed to complete the mission. Players could shoot from all guns and destroy targets by sprinkling them with bullets from a submachine gun, or, for those who wanted to get a Ghost mission rating, it was possible to implement stealth so that no guard was alerted about what was happening. murder.

In later Hitman games, the emphasis on strategy was so strong that players could choose between a wide range of stealth options, while total combat was strongly discouraged. As a result, the shootouts with the guards seemed sluggish and clumsy, as if you were playing the game wrong. This was normal for the Hitman series, but it won’t work with Project 007, where the fights must be tight and precise and include everything from melee actions to ultra-long-range weapons.

A distinctive feature of IO Interactive is their ability to create open sandbox environments in which many factors and game mechanics interact in real time, creating opportunities and limitations. In such an environment, the player is encouraged to observe, analyze and evaluate these factors before taking an action.

This type of environment is ideal for a slower-paced puzzle, but probably not suitable for the fast-action elements that players will require from Project 007. At the same time, creating a linear-style game in which players are guided along a given route would be a huge waste of developer talents. Thus, the task of IO Interactive will be to create an environment that balances both elements.

This is painfully obvious, but should not be overlooked. One of the most iconic aspects of the James Bond franchise is the use of gadgets and hidden weapons. This is an area where the developer can get a lot of fun from the game.

By offering a variety of awesome gadgets that the player can use at will (albeit with a specific purpose), IO Interactive will create uniquely fun interactions and make users want more.

As we know, James Bond is a spy, and, as expected, this requires a certain amount of secrecy, whether it is merging with the social environment or being completely out of sight. In this regard, we are in the safe hands of IO Interactive, who have mastered this element of the gameplay.

But “James Bond” is also dynamic battle scenes, giant explosions, dramatic scenery and incredible drama. This is where the developer can enter uncharted territory. Finding a balance between these two elements will be crucial for Project 007 to become one of the best spy games of all time.

The game mechanics of the Hitman series were not well suited for meaningful dialogue between the characters. By reducing the number of dialogue options with NPCs, the developers were able to avoid awkward moments that could destroy the illusion.

In “Project 007”, the player will expect witty, improvised dialogues, including rude insults and ironic witticisms. Perhaps this could be achieved with the help of short cut scenes or interactive dialogues, where the player can decide which cue to throw.

This is where IO Interactive will have to work outside of its comfort zone, because anyone who spends their hard-earned money on this game will want to have fast cars, helicopters, boats and tanks.

To get the most out of the vehicle chase missions, the scale of Project 007 needs to be bigger than anything they’ve created before. Much more.

Bald, scarred villains, a henchman who can bite through metal, and bodyguards in top hats with sharp edges. These are characters that will make us sit up and pay attention, and are the trademark of the James Bond world.

To stay true to the franchise, Project 007 cannot save in this area.

Xenoblade Chronicles 3: How long to win