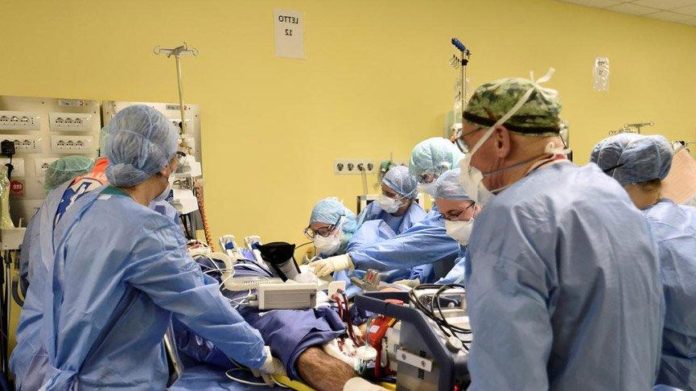 The new type of coronavirus caused people to make changes in their consumption habits, and there was a boom in demand for some products.

The new type of coronavirus, which emerged in Wuhan, China towards the end of last year, and influenced the whole world in a short time, also caused changes in people’s consumption habits. Food products such as pasta, flour and legumes were in high demand during this period, while products such as cologne and hand sanitizers became scarce.

With the increasing spread of the coronavirus epidemic, it turned out which products of citizens of different countries bought. Turkey in case the results so dedicated from other countries was quite different. Let’s take a closer look at the coronavirus consumption of countries.

Germany – Toilet paper:
Despite the high number of cases detected, Germany, where mortality rates are low, is in a much better position compared to other countries in Europe. On the other hand, the people in the country attacked toilet paper and cleaning materials with the increase of epidemic news. In fact, the demand for toilet paper has increased so much that the price of a packet of toilet paper in online stores has increased up to 20 euro.

USA – Weapon:
In the USA, the country with the most confirmed cases of coronavirus ever, the public flocked to places that sold weapons, with a rise in virus news. When US citizens showed great demand for food as well as food and beverage supply, products were exhausted in many weapon shops.

Italy – Pasta and wine:
In Italy, where the coronavirus is seen as the most violent, the people mostly turn to pasta. In the country where the number of deaths exceeded 10 thousand, wine, as well as pasta, attracted great attention.

Spain – Pasta and wine:
Similar to Italy, there was a huge increase in demand for pasta, pastries and wine products in Spain.

Netherlands – Cannabis:
The Netherlands, where it is legal to carry and consume a certain amount of cannabis, is known as a frequent destination for tourists for this reason. The citizens, who learned that the cafes where these products were sold will remain closed until April 6 after the increasing number of cases throughout the country, created long queues in front of the shops.

Turkey – Cologne:
It contains a high proportion of alcohol in colognes used as a disinfectant, comes one of the most sought-after products in Turkey.

France – Wine and condoms:
In France, where there are 38,105 confirmed coronavirus cases, the people showed an intense demand for condoms in quarantine days, unlike other citizens. One of the most sought-after products in the country is wine.

Scandinavian countries – Pain relief:
In Sweden, Norway, Denmark and Finland, where virus cases are slightly less common than in other European countries, coronavirus exchanges were generally directed towards drugs. At this point, citizens showed great demand for insulin with pain relievers and antipyretics.

Bulgaria – Citrus:
Our neighbor Bulgaria, which has 338 confirmed cases, turned to healthy foods such as citrus, orange, tangerine, grapefruit and lemon against coronavirus.

Switzerland – Frozen food:
Compared to its population, there are 14,352 confirmed cases in Switzerland, where coronavirus cases are detected extensively. Vegetables, toilet paper and frozen food were the products in demand in the country after the virus.

TikTok: video showing how to unlock iPhone 11 is fake

The Silence of the Lambs is Once More for the CBS...