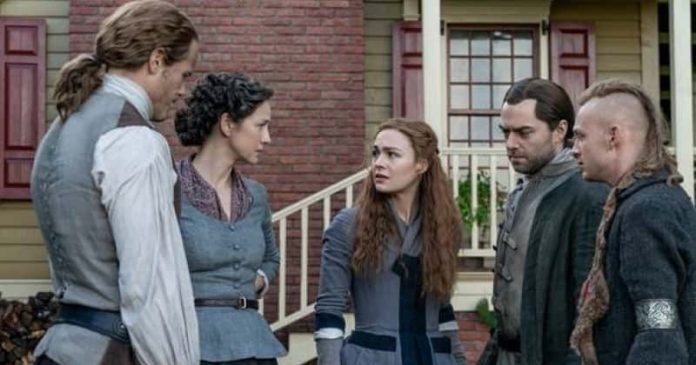 As Outlander fans yearn for another season of the charismatic Jamie (Sam Heughan) and the brilliant Claire Fraser (Caitriona Balfe), it’s only fair to take a look at some flaws in the series that seem to have been ignored over the years.

The Druids appeared in the first episode of Outlander, Sassenach, in the stone circle at Craig Na Dun, where Frank (Tobias Menzies) and Claire watched their magical dance at dawn. Druids were somewhat like witches.

The Outlander Druids were mentioned once again, right after Claire (Caitriona Balfe) landed in the past and was rescued by Murtagh from Jack Randall’s clutches. Since then, these mystical healers have not been mentioned at all.

Although at first it was suggested that they were somehow connected to the entire saga of spirits and time travel. There may still be a chance to tie up that loose end, but as of now, fans choose to ignore them entirely.

Jamie and Claire killed Dougal (Graham McTavish) on the spur of the moment, even though they didn’t follow the plan to assassinate the Prince after all. Since neither Jamie nor Claire were by nature capable of cold-blooded murder, the whole point of the plot seemed strange and flawed.

Time travel is, of course, at the heart of the universe. However, it seems that fans continually overlook the vagueness in the rules of time travel.

Gemstones are necessary to pass the time. But Outlander never revealed which gemstone Claire was wearing when she first passed through the stones at Craig Na Dun; her wedding ring to Frank was a simple gold band.

When Outlander’s Roger and Brianna (Sophie Skelton) landed in 18th-century America with their son, they had both been thinking of home. So did the stones know your thoughts and exactly where your home was?

Meghan Markle determined to embark on a political career?