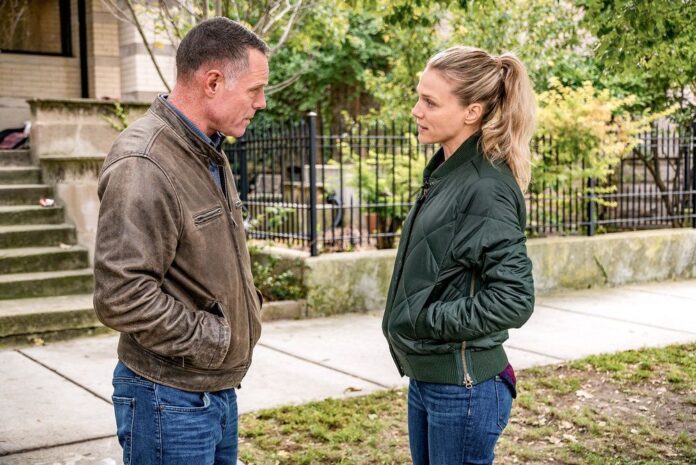 Popular Chicago P.D. producer Rick Eid has revealed what will happen to Upton after spending time on the FBI series, as the first crossover between the two television universes.

Chicago P.D. producer Rick Eid has revealed Upton’s feelings after spending time there, and they raise some questions about his future in Chicago and his relationship with Halstead.

Recall that, during the seventh season of Chicago P.D., Upton, was sent to New York, which had a great change in the arc of its history, after appearing in the FBI series.

“The length of Upton’s trip will not affect her bow at the Chicago Police Department. But she loved her time at 26 Fed and approached her to work there full time. ”

Eid has confirmed that Upton loved her time working alongside the FBI, something that could be opening the doors for the actress to participate in the other show for a while.

As for Halstead’s hopes, though, it’s probably safe to say that he hasn’t exactly crossed his fingers to think that Upton might leave Chicago forever, and not just because that would be the second time he’s lost someone he loves to the FBI.

Fortunately, Upton’s actress, Tracy Spiridakos, had confirmed a while ago that her role had a renewal of three more seasons, something that could continue to keep her in Chicago P.D.

Currently all Chicago P.D. fans are waiting to see how Halstead and Upton will explore a future romance together, or if they will remain partners to catch the bad guys.

See Also
The amazing vehicles Hank Voight had during the show

Meanwhile, fans of the show could look forward to more crossover between NBC’s One Chicago franchise series and CBS’s FBI and FBI: Most Wanted. Something extremely surprising.