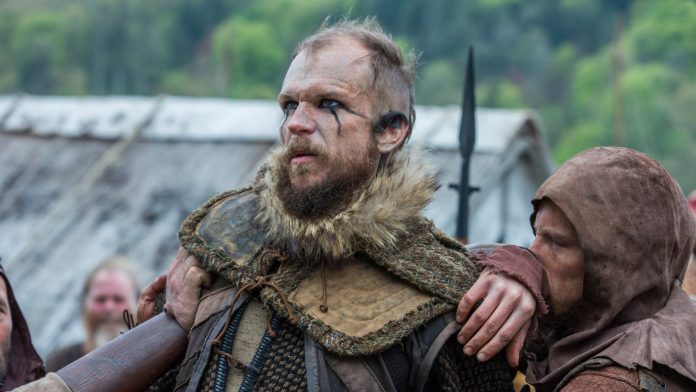 The popular Vikings series has come to an end with the second part of season 6, but fans were surprised to see Floki alive in the final episode. But, the producer of the series reveals how he managed to survive.

Recall that the last time Floki was seen was when he entered a cave and began to collapse on him, so it was thought that he had died in that event.

In fact, fans were beginning to lose hope until the penultimate episode of the final season, when hints of Floki’s fate began to surface.

The new tribe that Ubbe and Torvi had discovered in the ‘Golden Land’ said that a “madman” had taught them to speak the Viking language. So Ubbe asked to see that person and to everyone’s surprise, he gets stuck with Floki.

But, the producer and creator of the series, Michael Hirst, has revealed that he always intended to bring the character back, although sometimes he thought of an idea to kill him before ending the series.

“One of the main things for me was to finish the whole saga in a deeply satisfying way. He wanted the audience to feel that he had done well with the characters. ”

“There were three or four stories running simultaneously and I wanted closure, but I didn’t want complete closure.”

“This was the end of my saga, but it is not the end of the Viking Age. I wanted at least part of the end to be a bit open, and I wanted it to be on the beach, looking out to sea ”.

“I wanted to be a bit optimistic about this. I had been desperate to get Floki back, it was wonderful for me and the fans that he came back.”

“At one point, I was going to make him die in the last moments, when I was sitting with Ubbe, but then I thought I wouldn’t do that. I didn’t want to get depressed about it.”

Although the character did not have many lines in the final episodes of Vikings, fans did not hesitate to feel joy to see Ubbe and Floki sitting facing the sea.

The same fans of the show have described the end of the Vikings series as almost perfect, giving rise to the new spin-off that could be produced, Vikings: Valhalla.

Simon Cowell bets on One Direction meeting in five years