Home Tech Produced with 2 and a half kilograms gold: Xbox controller 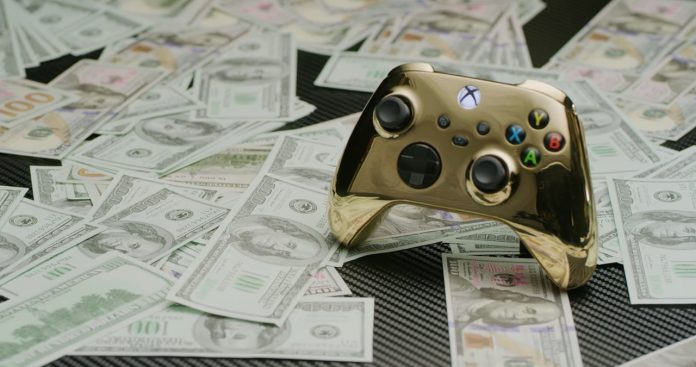 We have seen the gold-plated consoles and console accessories. Previously Russian Origin Caviar, has covered a playstation 5 with 20 kg pure gold. He also served Caviar Dualsense by coating gold. The content manufacturers of the YouTube channel at Linus TECH Tips produced an exterior of an Xbox Series X controller with 18 setting gold. Gold was an alloy that will ensure that it is more robust because gold can be bent. In this way, the controler has been made to be easily bended. 76.5 percent in the alloy is 76.5 percent of silver and 12 percent zinc. Then this alloy was mixed with gold and poured into patterns.

It is stated that the controller produced weighs 2 and a half kilograms. The value of 18 adjustments used in the controller is $ 87,500. Linus Tech Tips released two videos related to the production of the controller.

In the first video they published, they showed how the controller is produced, producing and how metals are used and how it would be. In the second video, they tell how to solve some problems that occur in the controler. One of the first problems is the keys called “shoulder button”.

These keys are known as RB and LB. The second problem is not to comply with the nails on the battery cover. Finally, with the help of the screws, the two parts of the controller cannot be fixed together. In their final videos, they demonstrate all these problems and show the control of the controller.

The first information about Xiaomi MIX 5 has arrived!