On Wednesday (17), Procon-SP notified the telephone operators Oi, Claro, TIM and Vivo, in addition to the digital security company PSafe, asking for clarification regarding the leakage of data from more than 100 million telephone lines. recently revealed.

Regarding teles, the Procon Foundation of São Paulo wants to know if there was really the exposure of personal information from their bases. If confirmed, companies will need to explain how the incident occurred, detail the steps taken to contain it and inform what will be done to repair the damage and prevent further failure.

As for PSafe, the institution asked for explanations about how it became aware of the leak and what reasons led it to make it public, since the startup was responsible for confirming the undue disclosure of the sensitive data of 103 million accounts in the dark web.

Still on the cybersecurity company, Procon-SP questioned the contact made between it and the hacker who lives outside Brazil and reported the improper disclosure of the information. The agency wants to know what data has been exposed and where it is being sold.

Also questioned in relation to the measures adopted to comply with the provisions of the General Data Protection Law (LGPD), operators have up to 72 hours to respond, counted from this Wednesday. The deadline is the same as for PSafe.

In the meantime, some of the notified companies have already commented. On Telesynthesis, Claro, Oi and Vivo said they had not identified any leakage from their banks and claimed to have high standards of data security and privacy.

It is worth noting that the National Consumer Secretariat (Senacon) had already notified companies on the same subject, while the National Data Protection Authority (ANPD) is investigating the case. 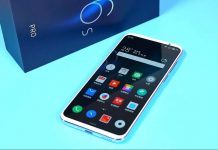